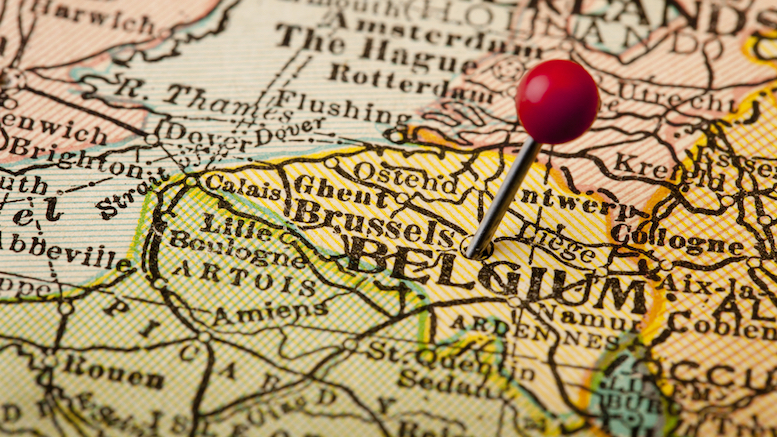 The MPs have been provided with free beer and wine since the late 1990s, a practice that reportedly started when the leadership got tired of trying to roust the MPs out of local bars whenever a vote was scheduled. Nieuwsblad quoted former speaker Herman De Croo as taking credit for this; although it’s kind of funny in Google translation it might be even funnier in the original Dutch, which is one of those languages that an English-speaker can sometimes get the gist of by saying it out loud, and then laughing. (I’m also providing my re-translation of Google’s translation.)

The parliament’s ethics committee, though, suggested that at least some MPs have not been  minden der drinken, and that some of them have in fact become “quite unpleasant” as a result. Although the report refers to “incidents” (plural), the only one mentioned is an allegedly racist remark made by one MP to a colleague. Alcohol is a major cause of these incidents, the committee concluded, saying that stricter rules might be necessary. One of their proposals, of course, was to close the open bar, which they speculated might increase the quality of debates.

But parliamentary leaders, at least, decided they didn’t like that idea one bit. “We’re not getting into the question of alcohol,” said current speaker Siegfried Bracke, saying he didn’t think the remark mentioned above had anything to do with that. The so-called probleem van alcohol, he said, is actually onbestaande (nonexistent). So, good news for parliamentary drinkers, bad news for local cafés.

Belgium is by no means the only nation that has been embarrassed by drunken lawmakers. (In the U.S. even the sober ones are embarrassing.) In 2012, we learned that there are at least four bars in the House of Commons, which offer cheap although not free drinks to MPs. Restrictions were also being considered at that time, after one MP admitted he was “too drunk to vote” on the 2010 budget and another headbutted two of his rivals while “hammered on red wine.” I don’t know how that debate came out (though I can guess), nor do I know whether the Australians ever installed breathalyzers, as some demanded a while back. See “Breath Tests Demanded for Australian Legislators” (Dec. 16, 2008) (quoting one MP as stating “I subsequently put it to former minister Brown late last night that there are ‘too many reports of you in your underwear for me to ignore'”).

But I think we can probably guess.

UPDATE: Belgian sources report that while the leadership has firmly rejected the idea of a ban on alcohol in parliament, it looks like MPs may have to pay something from now on. See, e.g., “Gedaan met gratis alcohol voor parlementsleden [Done with free alcohol for MPs],” HLN [(Jan. 25); “Kamerleden zullen in het vervolg moeten betalen voor hun pintje [MPs will have to pay in the future for their beer],” De Redactie (Jan. 25). The HLN report quotes Bracke as saying that the decision has been made “in principle” but the details—namely what MPs would have to pay—are still to be worked out. My guess is that they will vote themselves some kind of a subsidy, like in the House of Commons, but I think that’s a pretty good guess.

Scott Rothstein: Why Come Back From Morocco?