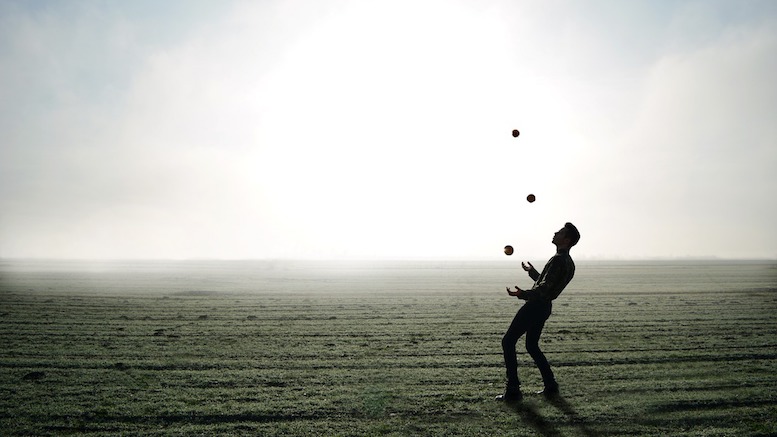 Jury selection is reportedly set to begin tomorrow in the trial of Orlando Melendez, who’s charged with trying to rob a convenience store in Massachusetts last December. Melendez was allegedly wielding a toy gun during the robbery. As we have seen before, wielding a non-lethal item doesn’t necessarily make it a non-robbery, although that fact might help support an argument that you did not actually intend to rob. In this case, for example, the toy gun was green, Melendez appeared to be under the influence of something, it’s not clear that what he said was actually a demand for money (though the clerks said they understood it that way), and he left rather quickly. So he may actually have a plausible defense that he was just clowning around.

But his request to be allowed to prove that by juggling for the jury has been denied.

“He’s literally a clown,” as Melendez put it in his motion to juggle, describing this argument as “the keystone to his defense.” (This was Melendez himself, writing for some reason in the third person, having unwisely fired his court-appointed lawyer.) According to the report, which for some unknown reason does not link to a copy of the motion, Melendez argued that “[j]uggling three wads of paper for 20 seconds” would be enough to establish this, and that in fact this would be “not only the simplest, but the only possible proof that the defendant is a jester.” To deny the request, he added, would violate his Fifth and Fourteenth Amendment rights to a fair trial.

There is no precedent for such a request, or at least a search for “motion /s juggle” in U.S. case law turned up nothing relevant. Courtroom demonstrations are certainly permissible, as long as they’re relevant, fair, informative, and not unfairly prejudicial. See, e.g., Commonwealth v. Shea, 519 N.E.2d 1283, 1287 (Mass. 1988) (holding it was not improper for prosecutor to tap defendant’s shoes on a rail to demonstrate the sound they made; defendant wasn’t in them at the time). That doesn’t mean they’re necessarily a good idea, of course. See, e.g., “Lawyer’s Pants on Fire During Closing Argument,” Lowering the Bar (Mar. 9, 2017); “Demonstratives Should Not Include Hand Grenade,” Lowering the Bar (Dec. 1, 2009); see also Having O.J. Simpson Try on That Glove (L.A. Super. Ct. 1995).

The problem for Melendez is relevance: even assuming he successfully juggled, that would not have any tendency to prove he is “literally a clown”: some clowns do not juggle, and many who juggle are not clowns. And even if he were a clown or jester, that wouldn’t be very strong evidence he was clowning or jesting on any particular occasion. Maybe he’s a sad clown. Or a clown who robs people.

I guess if he could prove he juggles green toy guns as part of his act, that might help a little.

Melendez had more success with other motions, like the one he filed asking to sequester the jurors. I’m not sure why that would be especially necessary here, unless he thinks there’s some risk they may go to the circus to do independent research. But the judge granted that motion.

The trial might or might not involve another evidentiary issue, namely whether Melendez’s alleged statement to police on the night of the incident that “I must have committed at least about 20 crimes in the last seven hours” is admissible. He’s apparently not being charged with any of those possible crimes, if they happened, so his “confession” to them should probably be excluded. On the other hand, the statement arguably shows that he does have a sense of humor. So maybe he’ll want it admitted.

Rapper Who Rapped About Committing Fraud Arrested for Fraud