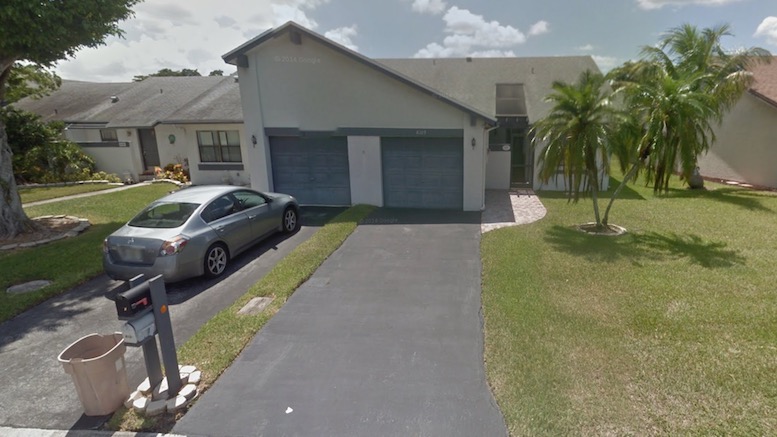 The property in question—specifically, the one with the mailboxes on it (image: Google Street View)

The website for tax auctions in Broward County, Florida, now has this warning at the top:

This case is the reason why.

Every month, the county auctions off properties for which the tax bill hasn’t been paid, and in Broward this is done online. Ten properties were up for sale on March 20, including Parcel 494105-15-1371. The bidding for that parcel started at just $2,106.06, suggesting a fantastic deal might be available for the property shown above. A bidding war commenced between four interested buyers, but when the auction was over, one man was the proud owner of Parcel 494105-15-1371, having placed the winning bid of $9,100. He was pretty happy, too, because the villa at 8107 NW 100th Way is worth closer to $200K.

No. Not villa. One-foot strip adjacent to villa.

Correct. As the Sun-Sentinel reported on Saturday, the man who “won” the auction for Parcel 494105-15-1371 is now the significantly less-proud owner of a 1′ x 100′ strip of land that starts at the curb and runs between the driveways and garages of the two villas shown above, under the dividing wall and on to the back of the lot. In other words, while he seems to have thought he was buying this: 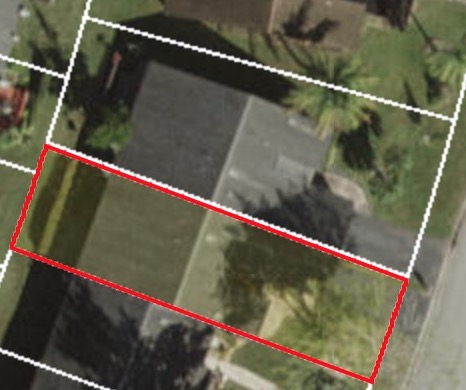 —he actually bought this: 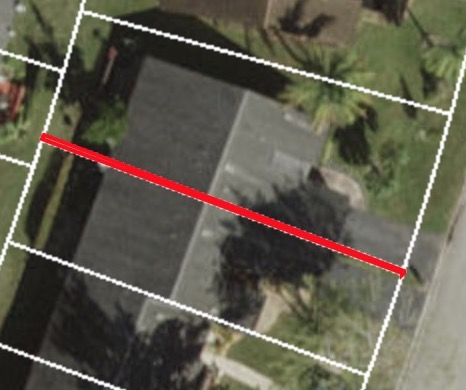 “It’s deception,” said the buyer, described as a “first-time auction bidder,” who as you may have guessed wants his money back. “There was no demarcation to show you it’s just a line going through [the duplex], even though they have the tools to show that.” Yep, they do—as you can see from the images above. The county says he should have used those tools, and that whether he did or not, he’s stuck with the result.

To be fair, while the county’s websites aren’t bad, they aren’t great, either, and there was some confusing data out there about this parcel. As the buyer pointed out, the appraiser’s website depicts the parcel this way: 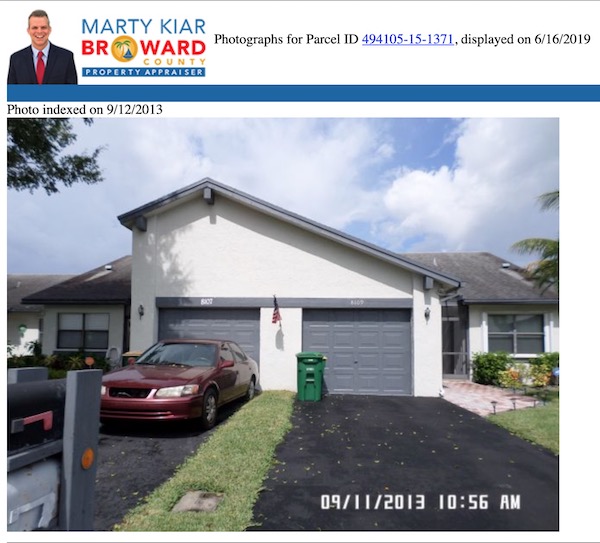 One who saw only this image could be forgiven for not understanding that the “parcel” in question is only the teeny one there in between two other people’s driveways.

The problem for the buyer, though, is that there is plenty of other evidence on the websites that should have raised red flags. For example, if you look up the parcel number, its address is just “NW 100 Way”—it doesn’t have an actual street number, like “8107 NW 100th Way.” Also, the legal description is given as “107-39 B LOT 137 NLY 1 FT,” and while it takes a little digging to find out that “NLY” means “northerly,” the “1 FT” part is pretty straightforward. And then there’s this screen, which is cryptic but does say the land’s assessed value is only $50, and contains a “100” next to the letters “SF”: 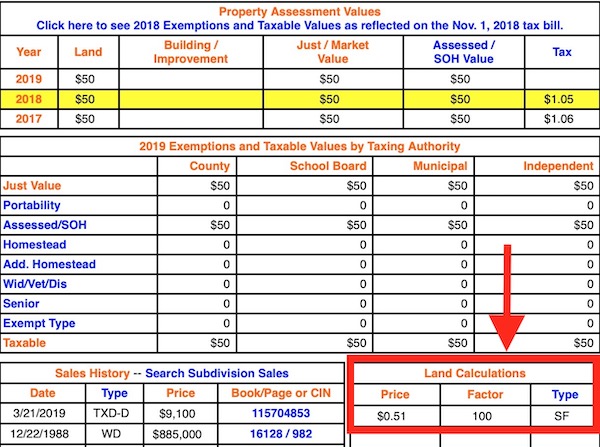 In the world of property, “SF” is very likely to mean “square feet.” So none of that is good for the buyer.

On the other hand, it is strange that this piece of turf was ever defined as a separate “parcel” at all. It seems more likely there was a mistake in defining the adjacent parcels, and this strip was just left over. According to the report, it still belonged to the subdivision’s developer until that company dissolved and stopped paying the taxes. The unhappy buyer apparently has some internal memos in which county officials ponder the oddity of selling a 1′ x 100′ strip of land that runs under someone else’s building, but they decided the relevant statutes required them to put it up for auction. So far as I can tell, nothing in the statutes precluded them from adding a little note about the weird circumstances here, but they chose not to do that. They may have assumed one or both of the villa owners would buy it, but neither did. Nor do they want to buy it now, or at least they’re not interested in paying $9,100 for it. “If we have to move our mailboxes,” one said, “we’ll move our mailboxes.”

If the buyer is stuck with the result, then he’s got this teeny property with somebody else’s house on it. What are his options? Wow, good question. If someone builds a house on your land without permission, you can tear it down, or at least that’s my vague recollection from property class. But in this case, the house was there first, and somebody came along and bought some land underneath it. What happens then?

I know at least two people who don’t have a good answer: (1) me, and (2) the buyer. “If I’m vindictive enough,” he told the Sun-Sentinel, “I can cut right through the garage wall and the home to get to my air space, but what use would that be to me?” Here’s some free advice: no. Do not do that. I may not know the right answer, but I’m pretty sure that one’s wrong.

I have not researched this, which is unlike me, and might be due to lingering PTSD from an especially heinous property question on the bar exam. So this is total speculation, but it might make sense to rescind the contract on the grounds of “unilateral mistake,” since it seems clear the buyer had no idea what he was actually getting into, and that is at least partly the county’s fault. The county could then put the “parcel” up for sale again, this time with full disclosure, and the villa owners could buy it at a more reasonable price. Adverse possession might also be a possibility, if the villa owners have been there long enough. Presumably somebody’s been mowing the grass, thus exercising open and obvious control over that part of the one-foot-wide domain. If that argument works, then the county had nothing to sell in the first place and the strip would effectively have been merged into the larger properties. Everybody could then pretend this never happened.

Well, we wouldn’t. But they could.

Criminal Defendant Escapes After Being Mistaken for Lawyer

Fall Is Here . . . A Great Time to Schedule Surveillance

Prosecutors Taking a Second Look at the Red Bull Defense