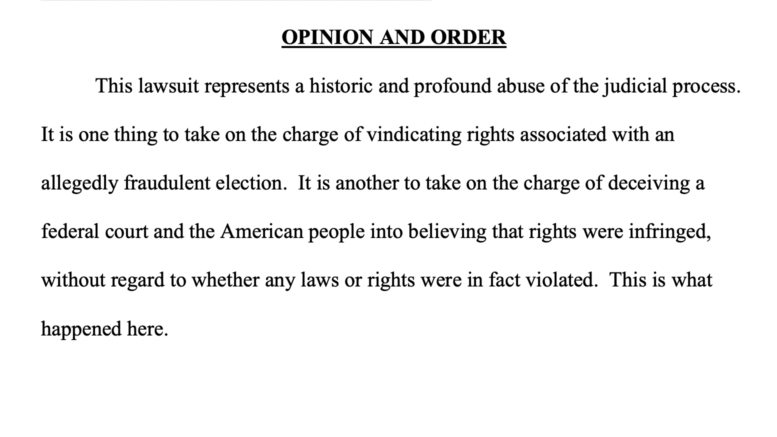 How much does one sheet of paper weigh?

That turns out to be a harder question to answer than I expected, at least in the comprehensively ridiculous manner you have come to expect from Lowering the Bar. See, e.g., “How Long Would It Take Ted Olson to Bill Two Octillion Gigadollars?” (May 14, 2014) (answer: longer than the universe will last, even at his billing rate); “Katrina Victim Sues for Three Quadrillion Dollars” (Jan. 12, 2008) (noting plaintiff’s demand would work out to about $10 for every cell in his body, and that if you paid it in pennies, and could stack pennies high enough to reach Saturn, it would take more than 301 stacks of those pennies to pay him).

I assumed I would find the answer on What Things Weigh, the website that tells you what things weigh. And that did provide some useful information, but not enough to answer the question fully. This is partly because what a paper weighs depends not just on its size but also on its quality or thickness. Thus we learn that “a single sheet of A4 paper that is 75 gsm (Grammage per Square Meter) will weigh 4.69 grams.” But as you can see, this is utterly incomprehensible because it uses the so-called “metric system.” Hello! Those of us in the United States, Liberia, and Myanmar would like an answer too, please.

It turns out that the United States, where many still prefer the traditional ways of dealing with things like weights, measures, and coronaviruses, has its own rules for paper, too. As I learned on Paper Sizes, the website that tells you all about the sizes of paper, what most of the world calls “A4” is slightly bigger than the American “Letter,” and though the world uses “grammage” we use “basis weight.” Most basic printer paper, like the kind you’d use if you wanted to print out a sanctions order, is “20lb bond” paper (roughly equivalent to 75 gsm). One sheet of that stuff weighs 0.16 ounces, meaning that 110 sheets of it would weigh about 1.1 pounds.

This next part is less scientific, but I think still valid: if someone has moved to sanction you, and the judge’s order on that motion weighs more than a pound, that’s not good news for you. Not at all. In fact, I think you could save some time by just weighing it first; if it’s over a pound, you could just retire without reading it.

As I mentioned last month (see “Kraken-Releasing Lawyers Face Tough Questions in Federal Court” (July 16, 2021)), the clown car carrying Donald Trump’s election-challengers had to make a stop in the Eastern District of Michigan, where they honked their way through a six-hour sanctions hearing before Judge Linda Parker. There were indications that this hearing did not go well (see “six-hour sanctions hearing,” supra), and those were confirmed by the one-pound, two-ounce order that Parker issued on Wednesday. The first paragraph, shown above, is a pretty good summary, but I did at least skim the other 109 pages so I could mention a couple of lowlights. (The full opinion is embedded below.)

While it may seem like people can file anything they want in court, no matter how ridiculous or far-fetched, there actually are limits. For example, the judge noted, attorneys do have an obligation “(i) to conduct some degree of due diligence before presenting allegations as truth; (ii) to advance only tenable claims; and (iii) to proceed with a lawsuit in good faith and based on a proper purpose.” They also are supposed to dismiss a lawsuit “when it becomes clear that the requested relief is unavailable,” as I have been hinting to certain people for a while now (they know who they are). The sanctions motion alleged “that Plaintiffs’ counsel did none of these things.” The court agreed:

The attorneys who filed the instant lawsuit abused the well-established rules applicable to the litigation process by proffering claims not backed by law; proffering claims not backed by evidence (but instead, speculation, conjecture, and unwarranted suspicion); proffering factual allegations and claims without engaging in the required prefiling inquiry; and dragging out these proceedings even after they acknowledged that it was too late to attain the relief sought. And this case was never about fraud—it was about undermining the People’s faith in our democracy and debasing the judicial process to do so.

Emphasis in original. Another 107 pages follow to explain that conclusion, but because I do need to get at least some sleep, I will just mention a couple of points here.

First, the attorneys argued, among other things, that the court could not sanction them because they didn’t “sign” any documents by hand—their names “appeared only in typewritten form….” One of the rules involved does use the word “sign,” but the point is that if your name appears on a document filed with the court, you (the named attorney) have to take responsibility for what’s in it. And, of course, you shouldn’t let your name appear on a document you aren’t prepared to take responsibility for. The point is not to make sure you sign by hand so the court can evaluate your penmanship.

Second, Lin Wood—the man who once signed a document “under plenty of perjury“—had told Judge Parker she could not sanction him because he had not been involved and had no idea Sidney Powell would sign (sorry, type) his name on the papers. But, the order points out, Wood not only failed to object long after he should have known his name had been used, he had filed a brief in Delaware which he “took credit for filing [the Michigan] lawsuit.” Oops. Turns out that if you say something in a brief, a court might actually hold you to it. Parker did, saying for that and other reasons she found Wood less than credible.

It takes the court over 40 pages to deal with nonsense like that. The remaining pages detail how the attorneys made allegations they had no reason to believe were true, and legal arguments they knew or should have known were bogus. The court holds that they acted in bad faith and for an improper purpose—and not (as Powell claimed at the hearing) seeking to change the law like Thurgood Marshall did in Brown v. Board of Education. (Yes, she said that.) He had actual evidence, the court pointed out; these guys had “conspiracy theories.”

The sanctioned attorneys will have to pay the defendants’ fees and costs (which are probably significant), take some CLE classes (less significant), and more importantly the court is sending a copy of its opinion to every jurisdiction in which they are admitted so that the relevant bar committees can look it over. Again, it’d be quicker to just print it out and weigh it, but in the interest of fairness, the committees should read the whole thing.

Deposition Confirms Suspicions of Drug Use

TIP: If You’re Standing in Front of a Car, You Are In a Poor Negotiating Position