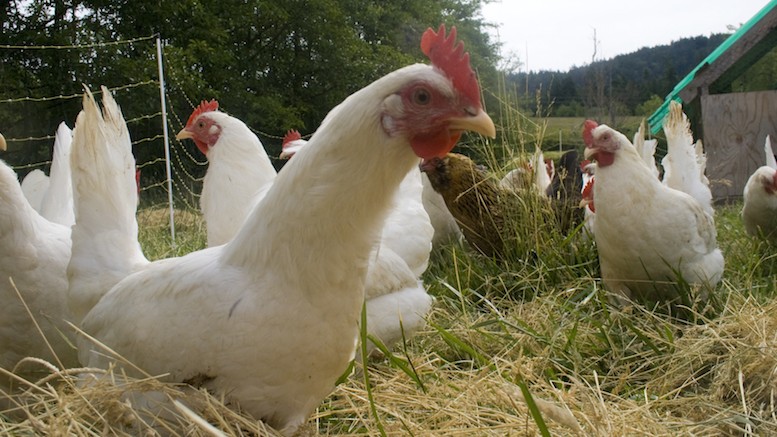 Cockfighting was banned in Oklahoma in 2002 after complaints about the practice, which then frequently involved battles to the death between roosters fitted with razor-sharp spurs. Senate Bill 776, introduced by state senator Frank Shurden (D-Okla. City), would provide for an exception to the ban so long as the birds wear “sparring muffs,” defined as “padded gloves placed over a gamecock’s natural spurs to prevent injury.” Hits would be recorded and victory determined electronically, like in an Olympic fencing match.

Shurden told the Associated Press that “[t]o me it answers everything. It saves the industry, takes blood sport out and generates revenue for Oklahoma.” Maybe he means this will boost revenue for tourism, which according to the legislature’s website is Oklahoma’s third-largest industry. You know what? If tourism is Oklahoma’s third-largest industry, maybe they should be trying to get another industry in there instead of bringing back cockfighting.

Shurden, however, thinks that everyone will be on board with the new idea. “Who’s going to object to chickens fighting like humans do?” he said. “Everybody wins.”

Blagojevich Convicted on One of 24 Counts

Order on One Millionth Discovery Dispute