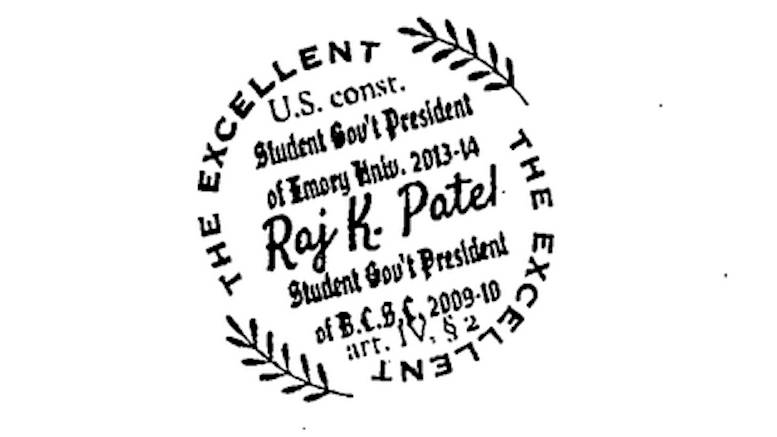 Feast your eyes upon the pleading below, filed by a Mr. Raj K. Patel this week in Trump v. United States, in which the former president is challenging (or at least complaining about) the DOJ’s recent search of Mar-a-Lago. A group of former federal and state officials have asked for leave to file an amicus brief, but Patel is asking to intervene, which would make him an actual party. That is, he asked to intervene on August 26, saying that because he is interested in becoming president, he therefore has an interest in defending the right to assert executive privilege (which the ex-president is also asserting), so that he’ll have it when he is elected. Patel also asserted that his right to freedom of religion was at stake, for reasons he did not fully explain.

On August 27, the court said it had considered his motion and “[did] not find the requested relief to be warranted.”

Patel has now followed up with the pleading below, which he presents as a “motion to alter or amend judgment” but is really a motion for reconsideration. Kind of. He seems to be saying that a supplemental brief someone else has filed sheds new light on why he should be allowed to intervene, but by page 2 I’ve got no idea what he’s talking about. I want to like any brief that cites the Treaty of Paris, but I can’t recommend this one.

One thing I do recommend, though, is that any lawyer who files a document should be sure to list every title he or she has ever held in the signature block, as Patel has done. I have not confirmed that he was, in fact, president of the student body at Emory University and at Brownsburg High School before that, but I’m willing to take his word for it. Especially since, as you can see from the image above, taken from the signature page, Patel seems to have had a special seal made that includes both his presidential titles, cites the U.S. Constitution in support, and suggests that he wishes to be referred to as “The Excellent.”

He better have that trademarked, because otherwise I’m stealing it.

Lawyer Whose Pants Caught Fire Is Still a Hot Mess

Case Law Hall of Fame: “As a Matter of Law, the House is Haunted”

Missing Man Found in Search Party Looking for Himself

Creeps (Back) in the News