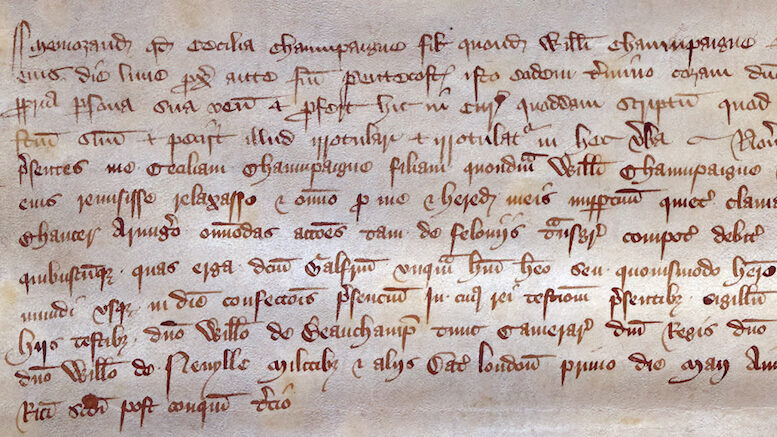 Which part of "omnimodias acciones tam du raptu meo" did you not understand?

So about a month ago I had to go to New York to argue a motion. The hearing was before a judge who, though very smart, doesn’t seem to have heard of Zoom, an innovation that arguably makes it unnecessary to do things like spend five hours flying 2,500 miles to argue a motion, but I understand it’s not for everyone. In any event, the hearing was at the federal courthouse in Manhattan, and when we left there was a throng of photographers and reporters waiting. I knew they weren’t waiting for me, but I wasn’t sure they knew that. They were waiting for someone, and most likely someone in a suit. So I took the opportunity to do something I’ve always wanted to do, namely walk up to a throng of photographers and reporters and say “we have no comment at this time.”

This confused them as intended, but only briefly. And after a pause, one of them said “Did you see Kevin up there?” Then I was confused, because that’s my name, but if they didn’t mean me, who did they think I was on a first-name basis with? So it turned out they meant Kevin Spacey, the well-known actor, who was there for the first day of his civil trial on sexual-assault charges, of which he was later acquitted.

This is relevant because today’s post is also about an artist who was accused of sexual assault but has since been acquitted, and because it, too, involves a controversy I know almost nothing about.

As you may have seen (I think they reported it on TMZ), there is new evidence in the Geoffrey Chaucer case that may clear him of rape charges he has been facing for some time. And by “some time,” I mean 149 years. But the statute of limitations had expired long before that anyway, because this is the same Geoffrey Chaucer who wrote The Canterbury Tales, which he did towards the end of the 14th century. And because that right there exhausted my knowledge about Geoffrey Chaucer, off I went to Wikipedia.

Turns out Chaucer did lots of other things too, some of them interesting, and because he worked as a civil servant and had connections to the royal court, his life is fairly well-documented. The only unrelated fact I’ll mention here is that in 1374, King Edward III granted him “a gallon of wine daily for the rest of his life” (we don’t know what for). An imperial gallon is 160 ounces, or 26 six-ounce glasses, so I’m going to assume he was either reselling this stuff or was a raging alcoholic.

Chaucer’s alcoholism, for which I should stress I have absolutely no other evidence at all, may but probably didn’t contribute to the incident that resulted in the charges against him. Those charges were leveled in 1873, when a Chaucer scholar announced he had found a legal document suggesting he (Chaucer, not the scholar) had been accused of rape. See Euan Roger and Sebastian Sobecki, “Geoffrey Chaucer, Cecily Chaumpaign, and the Statute of Laborers: New Records and Old Evidence Reconsidered,” The Chaucer Review (Oct. 1, 2022).

The document was a “quitclaim,” or release, in which Chaumpaign released Chaucer from omnimodus acciones, tam de raptu meo—Latin for “all manner of actions related to my raptus.” What’s a raptus? Good question. According to the article, “[t]he word raptus, which in legal contexts can denote ‘rape,’ ‘abduction,’ and much of the spectrum lying between these terms, has challenged Chaucer scholars ever since.” Some of those who think it meant “rape” in this document have concluded that Chaucer was, well, a rapist—although a release of claims (always part of a settlement) isn’t proof the defendant was guilty. But others think it meant something else.

This dispute has evidently been causing blood-soaked brawls involving multiple fatalities, or at least some spirited debates, at Chaucer conventions for the last 149 years. Of course, the statute of limitations would have long since run anyway, because the alleged crime happened 643 years ago. But this remains important to many.

According to the article, a second quitclaim, dated three days after the first, was discovered in 1993, and it was identical except that it didn’t say anything about a raptus. But this did not stop the bloodshed. Maybe Chaucer had his lawyer sneak in ex parte to get the embarrassing document changed, and the earlier one was a draft that somehow survived? Or maybe he broke in and did it himself! Remember he was drinking heavily at this time, according to me.

But the new evidence, according to the article, puts things in a whole new light. Uncovered through research that looks interesting but is way too complicated to discuss here, the evidence consists of a complaint against both Chaucer and Chaumpaign under the “Statute of Laborers,” a law passed after the Black Death struck England in 1348, leaving it a little short of laborers (and others too). Among other things, the law made it harder for servants to quit a job and illegal to hire a servant who quit improperly. So it looks like Chaumpaigne’s former employer sued them both for breaking this law—something like what we’d now call “tortious interference with contract.”

This suggests that the quitclaim she signed wasn’t releasing Chaucer from claims she had against him, but rather was aimed at protecting them both from claims by the former employer. In this view, raptus would not have been intended to mean “rape,” but something like “abduction.” Given the eternal plague of legalese, it’s easy to imagine “abduction” being applied to mean the “wrongful taking of an employee,” not a physical act against the employee herself.

The employer later dropped the case, which could mean the allegations were bogus, or weak, or that the parties settled. Unfortunately for Chaucerology, this means it’s unlikely further evidence about the case is still lurking in the 600-year-old court records. So the debate may continue.

Also, I noticed that the two gentlemen who wrote the article were very, very careful to say that even if Chaucer wasn’t a rapist, that would in no way undermine “the significant body of feminist scholarship on Chaucer” and the hardships faced by women who must endure a culture fraught with male wrongdoing; even if he was personally innocent of this crime, the fact remains that “he participated in hegemonic discourses that shaped the lives of all women.” I’m no Chaucer scholar, but please note that I too am very carefully taking exactly this same position.

I Claim This Castle Under Article 61 of the Magna Carta, Says Idiot

Alabama’s Ginormous Constitution Will Be “Recompiled,” Made Less Racist

Judge Reprimanded for Jailing Guy Who Gave Him the Raspberry