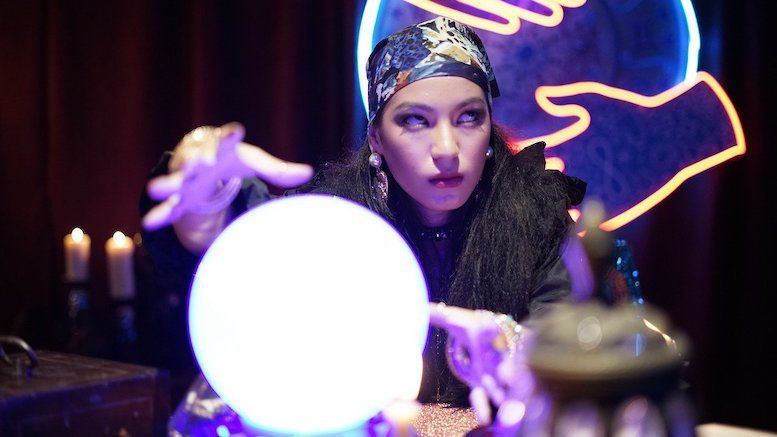 Looks credible to me

According to NBC 4 Los Angeles, a man who claims to be cursed has sued a psychic who he says falsely promised she could remove it. The plaintiff, Mauro Restrepo, is suing Sophia Adams and her business (“Psychic Love Specialist by Sophia”), located in Palos Verdes Estates. Other defendants include Adams’s husband, her daughter, and two clairvoyants (whose involvement, sadly, was not explained).

Restrepo allegedly found Adams’s website when he “searched for psychics on Google” on September 17. (It doesn’t say what search he ran, but she’s at the top of the list if one Googles “psychics in palos verdes estates.”) The suit alleges that Adams offers “intutitive and psychic readings, spiritual counseling and guidance, emotional healing,” and other services. According to her website, Adams also offers psychometry, aura cleansing, chakra evaluation, tarot-card reading, crystal-light therapy, crystal-ball reading, and past-life regression, and also all this stuff too:

The website did not say what groups or entities certify the practitioners of these various arts, although I assume the California Board of Fairyology is involved in that one.

Oh, she also offers “love-life analysis,” which seems to be what Restrepo was looking for. Things apparently were not going well in Restrepo’s marriage. After a tarot-card reading, he alleges, Adams divined that he was suffering from “mala suerte” (bad luck), which was placed upon him “by a witch hired by his ex-girlfriend.” Adams allegedly promised she could remove this curse for $5,100. “Despite her promises,” the lawsuit alleges, “Adams did not in any way help his marriage.” Restrepo is therefore suing her for fraud, negligence, and intentional and negligent infliction of emotional distress, and the other defendants are charged with conspiracy to do those things.

It is hard to know who to sympathize less with: the person who claimed to be a certified psychic who could remove an ex-girlfriend curse (among the most powerful curses known to man) for just $5,100, or the person who claims he believed that person and gave her money to uncurse him. Ideally, no one would win this case. Unfortunately (unless it settles), someone probably will.

To prove fraud, Restrepo would have to prove Adams knew she could not lift the curse at the time she allegedly promised to do so. And even though everything Adams purports to be able to do is almost certainly bullshit, it would be difficult if not impossible to prove it’s bullshit or, more importantly, that Adams didn’t believe it wasn’t.

The latter point is more important partly because Adams will be able to raise a First Amendment defense, and is probably good at convincing people she believes what she’s doing is real (maybe even because she does believe it). You might think that because this stuff is bullshit, a First Amendment defense shouldn’t be available because there’s no protection for false statements. Many legislators have thought exactly that, and have passed laws making it illegal to provide “psychic” services for money, on the grounds that this is nonsense and so is “inherently deceptive.” But it appears that the majority view in the U.S., or at least a widespread view, is that such laws are unconstitutional. See, e.g., Nefedro v. Montgomery County, 996 A.2d 850 (Ct. App. Md. 2010); Spiritual Psychic Science Church of Truth, Inc. v. City of Azusa, 39 Cal. 3d 501 (1985) (same). These courts basically hold that such laws go beyond what’s necessary to protect the public from fraudulent “fortunetelling” (the term these laws typically use). The law against fraud already does that, so an anti-fortunetelling law is not the “least restrictive alternative” to achieve the goal. Both opinions lay out the analysis in detail, if you care.

Not everyone agrees with this result—far from it. Both opinions include strong dissents saying (I’m paraphrasing here) “Are you *$&#ing kidding me?” If people want to do this for free, the dissenters argue, fine. But allowing people to take money for it will just encourage fraud. “We may take judicial notice,” the California dissenter wrote, “that such devices [i.e., tarot-card reading or fairyology] are routinely, if not uniformly, used to bilk or fleece gullible patrons.” Yes. But not always, and the majority decided to err on the side of free speech so those people can keep doing … whatever they’re doing.

Adams is said to be licensed in the city of Gardena, closer to downtown L.A., and—what’s that? You didn’t realize there are licensed psychics? Oh yes. Jurisdictions may not be able to ban fortunetelling for money, but they can force psychics to get a license. In Gardena, for example, you can’t practice “fortunetelling” without a permit, and as you might expect, the term is defined very broadly, and also weirdly:

Some of that might be clear enough, but wow are there a lot of potential issues. How would you prove, for example, that someone furnished “information not otherwise obtainable by the ordinary process of knowledge” and that they got it “by means of” telepathy or magic? I mean, those aren’t real things, so they must have gotten it some other way. As drafted, I’m not sure you could ever prove someone violated it. It’s also odd to see “science” on the list, because that is a real way to get information “by the ordinary process of knowledge,” but probably they mean “crafty science.” See “‘Crafty Science’ and the Law” (Mar. 31, 2017) (discussing similar provision in the ordinances of Joplin, Missouri). So that explains that.

What “oriental mystery” might mean in this context, I have no idea.

Again, the report says Adams is licensed in Gardena, but Restrepo alleges she was doing her thing in Palos Verdes Estates. That city has its own fortunetelling regulation, which is better-drafted in some ways than Gardena’s but has a similarly odd definition. Regardless, if Adams isn’t licensed there, she might be in trouble with the authorities, and Restrepo might be able to cite this as evidence of negligence per se—although the idea of “negligent fortunetelling” seems to present other problems.

As noted above, it may be hard for Restrepo to prove fraudulent intent, even setting aside the First Amendment issue. And even if he could prove that, to win a fraud claim he’d also have to prove he reasonably relied on her alleged promise to lift the curse. Would a reasonable person have believed Adams could lift a curse? Would a reasonable person believe in curses to begin with? My guess would be that about 30% of Americans do—that seems to be the percentage that will believe almost anything—but that doesn’t make it reasonable.

For those reasons, and because the plaintiff has the burden of proof, I think Adams is more likely to win this case if anyone does. This, of course, is only an educated guess and not the forecasting of futures by means of any occult power, tea leaves, tarot cards, coffee grounds, necromancy, or any such similar thing or act, because that would be illegal in San Francisco without a permit, which I do not have. See “Fortunetelling Permits Freely Available in San Francisco” (Aug. 29, 2006) (discussing that ordinance, wondering about the inclusion of “coffee grounds,” and concluding that the city would be required to give me a necromancy permit if I filled out the required form).

“The Parties Do Not Need a Judge; They Need a Rather Stern Kindergarten Teacher”

UPDATE: Birthers’ Record Is Worse Than I Thought

Legal Action Announced at Gathering of the Juggalos