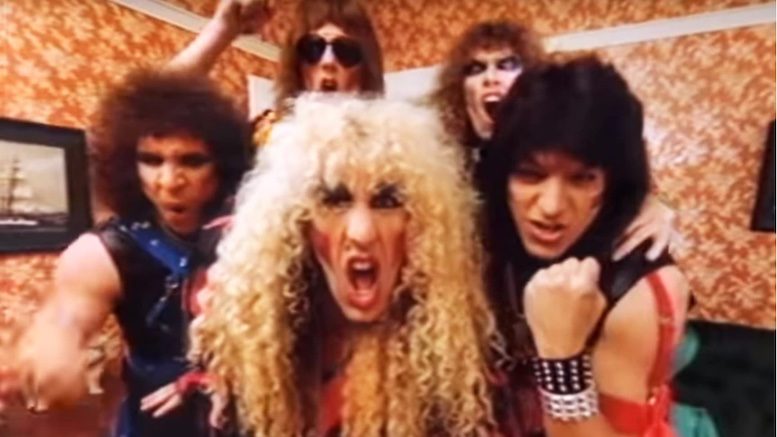 If that's your best, your best won't do

The introduction to the Federal Court of Australia’s opinion in Universal Music Publishing v. Palmer lays out the facts of the case pretty well:

1    Daniel (known as Dee) Snider is the lead singer of Twisted Sister, a heavy metal band based in the United States of America. Mr Snider is also a composer and songwriter. Perhaps his most famous song, and certainly his most popular, is “We’re Not Gonna Take It ” (WNGTI), which was first released in 1984. Clive Palmer is an Australian businessman with a keen interest in politics and the founder and leader of the United Australia Party (UAP).

3    During the 2019 Australian elections, the UAP campaign featured the song “Aussies Not Gonna Cop It ” (ANGCI). In about November 2018 Mr Palmer authorised the creation of a recording of that song (the UAP recording)….

4    The music and lyrics of the WNGTI and ANGCI have a good deal in common.

5    The substantive issue in this case is whether … Mr Palmer infringed the copyright in WNGTI.

The FCA held that the UAP’s ANGCI did infringe on TS’s WNGTI, and ordered CP to pay UMP ASAP. It noted that the lyrics of the UAP’s song (“Australia ain’t gonna cop it, no Australia’s not gonna cop it, Aussies not gonna cop it anymore”) and its melody were remarkably similar to those of the Twisted Sister composition (which you may review at this YouTube link if you wish). Given the similarities—and also the email evidence showing that the defendants intended all along to copy “We’re Not Gonna Take It”— the court had little trouble finding infringement.

It was unconvinced by Palmer’s testimony, which was that the two songs had nothing to do with each other, and that he had come up with the lyrics completely on his own whilst sitting at home one day contemplating the upcoming elections. (He claimed his staff had thrown away the notes that would prove this.) In cross-examination, however, he volunteered a different explanation, which was that he remembered seeing the movie Network in which a character famously implores people to open their windows and yell, “I’m mad as hell, and I’m not going to take this anymore!” Palmer claimed he had reverse-engineered the lyrics from this, testimony that the court said “appeared to take everyone else in the virtual courtroom by surprise.” Palmer, in short, was not fooling anyone. “In the face of the evidence,” the court wrote, “it is, with respect, ludicrous to suggest that the UAP recording was created independently of WNGTI.”

But at the hearing, Palmer and his expert witness had yet another argument: even if the lyrics had been based on “We’re Not Gonna Take It,” that wasn’t infringement because Snider’s song was not original to begin with. Why? Because, they argued, Snider had copied the chorus from the Christian hymn “O Come All Ye Faithful.”

It is true, as Snider has admitted, that the first six notes of “O Come All Ye Faithful” and “We’re not gonna take it” in that song’s chorus are extremely similar. In a 2012 memoir, he wrote that this had never occurred to him until another musician pointed it out about ten years after the Twisted Sister song was released:

As I sat there dumbfounded [Snider wrote], Al sang, “O come, all ye faithful – We’re not gonna take it.”

Holy sh*t! I sang in the church choir until I was nineteen years old. I must have sung “O Come, All Ye Faithful” hundreds of times. Somehow the first six notes of it infiltrated my psyche and were transformed into “We’re Not Gonna Take It!” Thank you, God!

Dee Snider, Shut Up and Give Me the Mic: A Twisted Memoir (2012) (emphasis in original).

But Palmer’s expert tried to extend this to the whole chorus:

250    Dr Davidson expressed the opinion that the melodic contours of the second phrase (bars 3–4: “No, we ain’t gonna take it” / “Joyful and triumphant”) and third phrase (bars 5–6: “We’re not gonna take it, anymore” / “O come ye, o come ye to Bethlehem”) were very similar. He said of the second that, with the exception of the omission of an anacrusis (a pickup note) that is typically included in O Come All Ye Faithful, it was also the same. He said the third phrase of each was similar in contour to WNGTI, reproducing the contour of O Come All Ye Faithful taken up a third interval for the majority of the phrase.

These and similar opinions, the court said somewhat charitably, were “inconsistent with the aural perception of the ordinary reasonably experienced listener.”

Snider was delighted by the court’s ruling, which requires Palmer to pay Universal $1.5 million (Australian). He described the UAP’s version of the song as “awful” and said he did not approve of the party’s views in any event. (It did not win a single seat in the 2019 election.) Being associated with the UAP and Palmer was “not good for my heavy metal image,” Snider said. If whoever wrote “O Come, All Ye Faithful” were still alive, he’d probably say something along those same lines, I imagine.

It Is No Longer a Crime to Impersonate Smokey Bear

Guess Who Just Sued the Maker of “Ion Maiden”