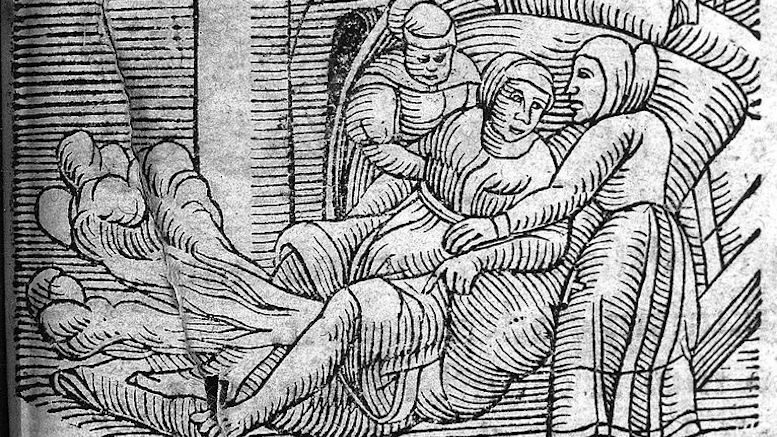 It will probably surprise you to know that only a tiny fraction of my articles over the years have involved flatulence.

A search for the word “fart” turned up three items, but none of those actually involved flatulence itself. That is, I used the term “fart” in those items only to describe a sound that was at issue for some different but equally stupid reason. See “Airport Security Seizes Three-Year-Old’s Fart Gun” (Aug. 18, 2015); “Epic Trademark Battle Erupts Between Makers of Competing Fart-Sound Software” (Mar. 11, 2009); “Teacher Sues for Harassment Due to Farting Chair” (Mar. 23, 2006). I seem to have used the word “flatulence” instead when that was directly at issue, but I found only two examples of that (both involving inmates). See “Swedish Prisoner Warned Against Further Flatulence Attacks” (Mar. 25, 2010); “Inmate Faces Preliminary Hearing on Charge of Aggravated Flatulence” (Dec. 26, 2006). This means that a shockingly low .0526%—that is, barely five one-hundredths of one percent—of the articles here have actually involved flatulence.

Granted, this one will bring the percentage up to .0789%, but that still seems shockingly low.

In December, The Guardian reported that a panel in England had ruled against a senior barrister who alleged the Crown Prosecution Service discriminated against him because he was flatulent. See “Barrister who sued after colleague asked him to stop farting loses case” (Dec. 21, 2021). To be fair, he was not arguing that flatulence itself was a disability, but rather that it was an unfortunate side effect of medication he was taking for a heart condition. This had not been a problem until 2016, when he began sharing an office with another lawyer. This lawyer knew the barrister had had a heart attack, but not that he was on medication, much less what the side effects of his medication might be. And so it may not be surprising that before long, as The Guardian put it, “the issue of his persistent flatulence was raised.”

“There were repeated incidents of flatulence in the [otherwise] quiet room,” the tribunal was reportedly told. “On one occasion, [his officemate] asked, ‘Do you have to do that, Tarique?'”

The claimant said he told the officemate that the problem was due to his medication, but “when asked if he could step outside to do it, he said he could not.” It isn’t clear from the article why this was allegedly impossible. According to the claimant, these questions were “embarrassing” and violated his dignity. He also alleged that co-workers and his employer took actions to harass or retaliate against him, such as throwing away his water bottles, asking him to work at least one day a week at a location 60 miles away, and refusing to pay the fee for his barrister’s practicing certificate while he was on sick leave.

The panel seems to have found that the Crown Prosecution Service should have done more to accommodate the claimant, such as by allowing him to work from home two days a week and to leave the office each day by 4pm to “help him manage his condition,” and he will receive some compensation for that. But it rejected his harassment and discrimination claims.

“Many of the incidents about which [he] complains were unrelated to his disability,” the panel found, “or were caused or aggravated by [him] overreacting.” In particular, it said, the officemate’s questions “were not asked with the purpose of violating [his] dignity or creating [a hostile] environment. It [i.e. “Do you have to do that, Tarique”] was not an unreasonable question to ask, when there had been repeated incidents of flatulence in a small office.”

There does appear to be evidence that some heart medications, as well as drugs prescribed for a variety of other conditions, may have side effects that include digestive problems and/or the aforementioned flatulence. According to one study, this may account for the misconception that “elderly individuals pass flatus more often.” There may be an “association between age and flatus,” as the study puts it, but data is limited and it is possible that the cause is not age itself but rather that older people tend to require more medications, some with the aforementioned side effects. This is from the study’s abstract, at least. I’m sure there is more to glean from the full publication, but while I have made certain sacrifices for this project, I decided that paying to subscribe to Clinical Gastroenterology and Hepatology would not be among them.