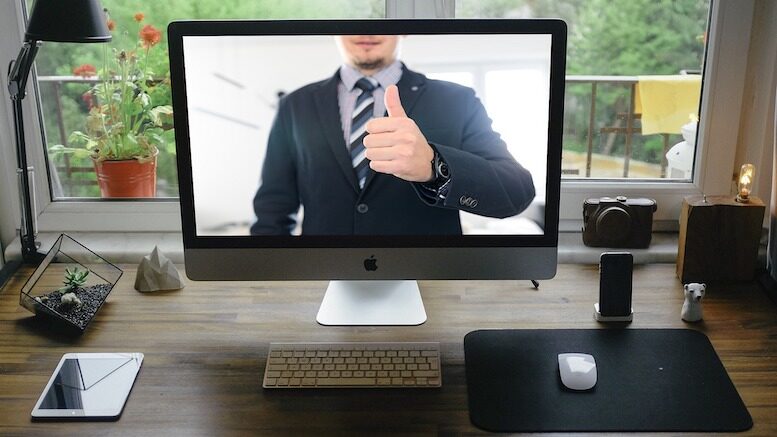 Probably better to have both hands visible at all times (image: Tumisu via Pixabay)

“I take this matter extremely seriously,” Liberal party MP Shafqat Ali said last week, “and I promise never to repeat this error again.” The full quote probably makes clear that he meant the “error” of choosing to participate in a session of Canada’s parliament from a toilet stall, but it’s also possible he meant the “error” of forgetting to select a different video background for the Zoom call.

A third potential error might have been choosing a toilet stall in the House of Commons, all members of which presumably use those toilets regularly and so are familiar with how they are furnished. And it did not take long at all for a member of the opposing Conservative party to recognize the background of Ali’s call and rise on a point of order to suggest that it appeared the honourable Liberal MP from Brampton Centre “might be participating from a washroom.” Someone (surely also a Conservative party member) then sent a page to check whether any MPs were in the washroom at the time. The page, who probably volunteered to be a page in order to get just this kind of experience in the workings of government, confirmed that the suspicions were true.

In another session on Monday, the Conservative party’s leader did not miss the opportunity to provide further detail on the embarrassing incident.

“Those who witnessed the events quite clearly saw the Liberal MP enter what appeared to be a toilet stall in one of the men’s washrooms located on this very floor of this very building,” Mr [John] Brassard said. “The visible stonework, wooden door, and the stainless-steel door hinges and coat hook on the back of that door… all looked quite familiar.

“It appeared that the camera was mounted on the ledge or ridge on the wall just above the back of the toilet,” he continued. “The member of Parliament was literally using the washroom while participating in a sitting [pun intended?] of the House of Commons, the cathedral of Canadian democracy.”

This is a little perplexing, however. If the camera was mounted on a ledge behind the toilet, then Ali could not have been “participating” while sitting down. But if he was standing, it would have been impossible for other MPs to see the door hinges and coat hook on the back of the door, unless possibly these became visible while Ali was vacating the stall to return to legislative business. This discrepancy suggests either either that there is a conspiracy afoot to discredit Mr. Ali or that I don’t know all the details of what happened, possibly both.

The incident evidently was not completely fabricated, however, given Ali’s apology, which followed Brassard’s statement on Monday. (The article says Ali called in to apologize, but doesn’t say from where.) The Deputy Speaker of the House then ruled that the matter was closed, reminding MPs that “[i]f you don’t have to have the camera on, turn it off,” which is pretty good advice across the board, really.

This is of course not the first time someone has been caught doing something embarrassing during a Zoom call. It’s not even the first time a Canadian Liberal MP has been caught doing something similar during a parliamentary session. See “Politician seen naked in work Zoom call,” BBC.com (Apr. 15, 2021) and “Politician sorry after urinating during video call,” BBC.com (May 28, 2021). According to the BBC, after that second incident MP William Amos apologized and “added he would ‘seek assistance’—without elaborating on what this would involve or what he would seek help for.” That question too may never be answered, because he ultimately decided not to seek reelection.