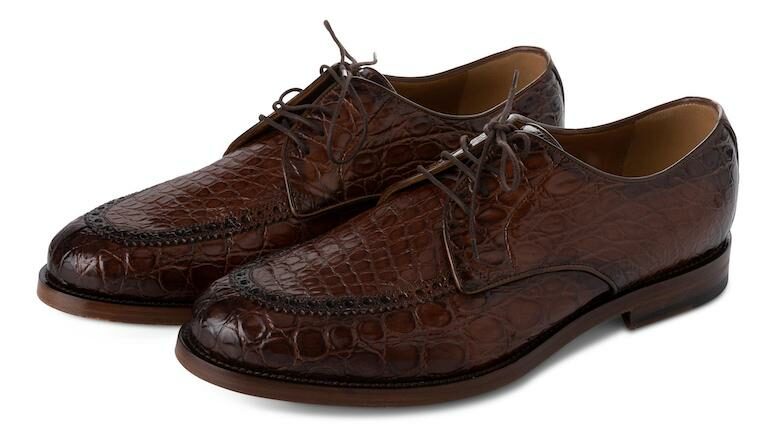 Who would pay almost $1100 for a used pair of shoes? Good question. We don’t know the answer, because these particular shoes were sold in an online auction and the names of the buyer or buyers haven’t been disclosed. But we know someone bought them, because the ABA Journal reports that the “sell-through rate” for the recent auction of Tom Girardi’s stuff was 100%. I guess I should say the auction of some of Tom Girardi’s stuff, because the total take from this auction was just $493,641, and that is only a tiny percentage of what Tom Girardi accumulated while he was a trial lawyer.

Girardi is well known to some because of his success in getting big verdicts for his clients, and to others because he was married to Erika Girardi, who is apparently a star of some reality show where they film rich women doing things. And the Girardis did have lots and lots of money, but according to the state bar and the bankruptcy trustee for his now-defunct law firm, Girardi and his “cohorts” stole at least $14 million of that money from settlement funds that should have gone to clients. (It’s never a good sign when you are described as having “cohorts,” unless you are the Roman Empire.) Claims against the bankruptcy estate have now reached almost half a billion dollars, and it seems unlikely that creditors and/or victims are going to get back a significant percentage of that amount.

This auction involved items from Girardi’s mansion (or one of his mansions, at least), and while there was some fancy stuff for sale, the results still won’t make a dent in the total amount.

While buying someone’s old shoes seems kind of nasty, whoever paid $1062.50 for Girardi’s Gucci brown crocodile oxfords may actually have gotten a good deal. I don’t see crocodile oxfords for sale on Gucci’s website right now (they’re probably only available on the special secret website where they also sell slaves and plutonium), but Gucci is currently offering a pair of men’s crocodile loafers for a mere $6200. At least I assume you get both shoes for that. Presumably, the oxfords were similarly priced, back before they had been worn by a now-disbarred criminal.

Among the other stupid and/or ironic items that were on the block:

Sure, Girardi stole tens of millions from his clients and has since been disbarred, but on the other hand, he ended up with an autographed copy of “The Gambler,” so maybe it was all worth it.

As ridiculous as this was, it pales by comparison to the similar auction of the remaining belongings of Bernie Madoff, the world’s #1 Ponzi schemer to date, convicted in 2009 of stealing a minimum of $18 billion from investors. See “Buy Some of Bernie Madoff’s Stupid Crap This Weekend” (Nov. 12, 2010). Just to put that amount in perspective, it would be enough to buy 288 million autographed copies of “The Gambler” or almost 17 million pairs of used Gucci crocodile loafers (at current market rates). Did Madoff waste his stolen money on stuff like that? Oh my God yes. Did he spend some of it on one (1) crystal ball? Yes he did. Did it work? Evidently not.

Sanctions Order Against Kraken Lawyers Weighs More Than a Pound

Lawyer Whose Pants Caught Fire Is Still a Hot Mess

UPDATED: Patriots and Belichick Sued for “Violating Integrity of the Game”

McCain Sued by Jackson Browne Over Use of “Running on Empty”