On May 6, a federal judge in Utah ruled that a group calling itself the “Wampanoag Nation” was not a branch of the recognized Native American tribe of that name, but instead was a sham organization set up to further a variety of extortion and fraud schemes.

The court noted that the Wampanoag Tribe is a federally recognized tribe that has been present in what is now southeastern New England since before the Pilgrims came to America. 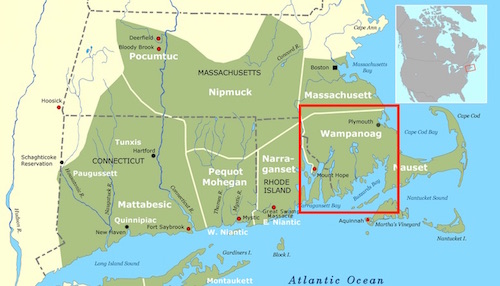 It should therefore be distinguished, the judge said, from the Wampanoag Nation, which got started in an Arby’s restaurant in Provo in 2003. 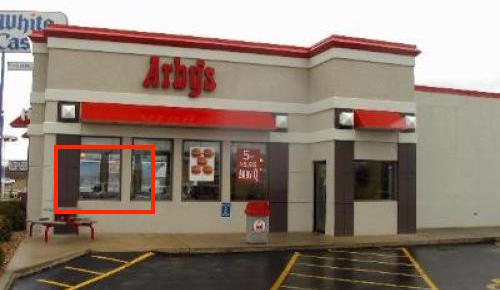 Historical range of the Wampanoag Nation

According to Judge Stephen Friot, the three members of the Wampanoag Nation, along with another man, who for some reason (probably late getting to Arby’s) was not initiated into the tribe, used the sham tribe as a vehicle to file phony and harassing judgments against various local officials. One of the men went too far when he sued numerous officials in 2004 claiming that his truck should not have been impounded after a traffic stop because it was an “Indian-licensed vehicle.” Oh no it isn’t, said county attorneys, who filed a counter-suit alleging civil RICO violations. Judge Friot ruled in favor of the county after a two-day trial.  He awarded $63,000 in damages, and ordered the bogus judgments set aside.

The defendants blamed the judge’s decision on a failure to appreciate the intricacies of tribal politics. According to Martin Campbell—or “Spirit Walker,” to use his Arby’s name—he and James Burbank had been unfairly linked with Dale Stevens, who Campbell said was actually a member of a tribal splinter group. (That is, there had apparently been a falling-out among the three members of the tribe.) “There’s two individual groups here,” said Campbell, who claimed that he and Burbank had “dismissed” Stevens from the Wampanoag Nation in 2005, and that Stevens was to blame for everything. “We have nothing to do with Dale Stevens,” Campbell insisted, “yet he keeps dragging us into this mess.” Nor, Campbell said, is either group affiliated with the outsider, Thomas Smith, who was described as head of an organization called the Western Arbitration Council and also as “presiding patriarch of the Order of the White Light.”

The four defendants, who I will now refer to as the “Rico Tribe,” could also face federal criminal charges.  If convicted, this proud people could be driven from their ancestral hunting ground, its roast beef and curly fries forever lost to them.

“A Real Snor’easter”: The Best Supreme Court Review There Is