Nebraska state senator Ernie Chambers suffered a setback this week in his lawsuit against God, when a Douglas County judge dismissed the case. Judge Marlon Polk said Chambers had produced no evidence that he had been able to accomplish service of process on the deity. 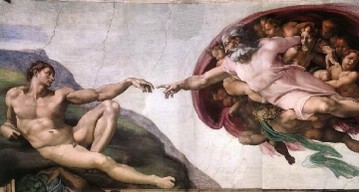 As you may recall, Chambers sued God in Nebraska state court back in 2007, seeking (among other things) injunctive relief to prevent future events such as earthquakes, tornadoes, etc., etc. He claimed that his goal was to focus attention on efforts to limit frivolous lawsuits, efforts that Chambers opposes because he says they would unfairly restrict access to the courts. “My point,” Chambers said, “is that anyone can sue anyone else, even God.” Of course, you could argue, as I did, that suing God is not a great way to suggest to a legislature that it doesn’t need to do anything about frivolous lawsuits.

Chambers appeared in court in August to oppose a motion to dismiss based on lack of service. He argued then that Judge Polk should take “judicial notice” of God’s existence, and that worrying about proper service and/or whether God had fair notice of the lawsuit was unnecessary because God is everywhere and knows everything. “If God is omnipresent,” Chambers argued, “then he is here in Douglas County.” Seems hard to argue with that.

Judge Polk still ruled that service was required but had not been accomplished, and he dismissed the case with prejudice. He said the dismissal meant that the motion asking him to take judicial notice of God was moot, and he declined to rule on it. Chambers told reporters that he has not decided whether he will appeal, but I sure hope he does. I want to see where the case finally ends up.

Brazilian Boy Will Not Be Allowed to Enter Law School

If Great Literary Works Had Been Written by Lawyers

Court Suggests Plaintiff Could Have Grounded His Brain