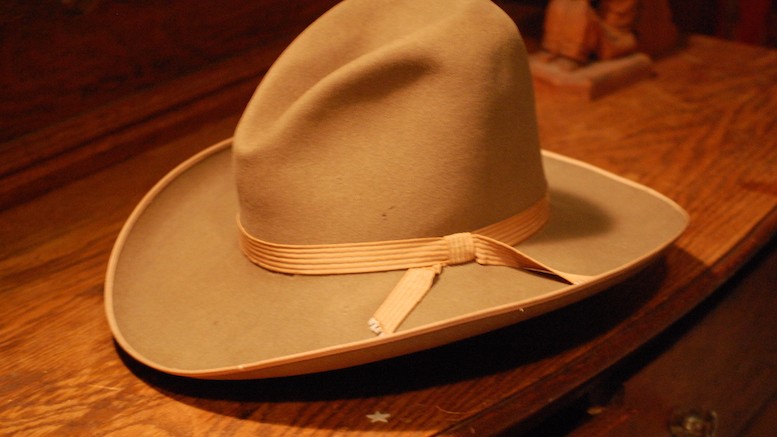 Please imagine that, in order to make this a law-related post, I have just written a detailed legal and scientific analysis of the legal and consitutional issues raised by aerial surveillance and what measures you might take to protect yourself from the same. Certainly I would do that if I had time today, but let’s be honest—what I really want to tell you is that Osama bin Laden reportedly wore a cowboy hat when he was outside, in hopes of “avoiding detection from above.”

The report concludes, though not in so many words, that it didn’t work.

Al Jazeera has just released a leaked report by Pakistan’s “Abbottabad Commission,” set up to investigate the facts surrounding the raid that killed bin Laden, who, as you may have heard, was hiding there (in Pakistan, not inside the commission). The commission’s mandate was to learn, among other things, (1) how bin Laden was able to hide in Pakistan for so long and (2) how the U.S. snuck in and got him. The unsurprising conclusion: both were due to negligence and incompetence (at lower levels), and there is no actual evidence that Pakistan conspired at either result. (It’d be surprising if a commission like this came up with any other conclusion, that is—which doesn’t mean it’s not true.)

The really interesting detail it uncovered, though, is this: “When OBL moved about the Compound he wore a cowboy hat to avoid detection from above.” (p. 41)

This fact does not seem likely to have been made up, because—well, first, if anybody would make up the fact “Osama bin Laden had a cowboy hat,” it wouldn’t be a commission of senior Pakistani officials, I don’t think. Second, the sentence appears in a section of the report relating what the Commission learned from bin Laden’s wives, a group that seems even more unlikely to have made this up. Third, I can’t think of a motive to make this up, at least not on the part of anyone being serious. So based on that line of “reasoning,” I am willing to accept this as 100% proven.

The commission’s report is extremely interesting (it really is), but leaves two critical questions unanswered:

Lacking any evidence on the first question, I’m going to assume it was one of those giant foam novelty cowboy hats. And after all, the bigger the hat the greater the protection, if you buy the hat theory, although a sombrero would have made more sense. On the second question, we’ll probably never know the answer but I hope that person is getting a medal of some kind. “How about this—we plant a story in the Abbottabad Times saying that drones can be spoofed by wearing cowboy hats? Then we look for the guy in a cowboy hat. Problem solved.”

The alternative is to believe that the most shrewd and dangerous terrorist of modern times decided, on his own, that if there were drones out looking for a 6′ 4″ Arab man living in a high-security compound in Pakistan, a good way to avoid being noticed would be to put on a cowboy hat.

If anybody has time to Photoshop a cowboy hat (of any kind) onto a picture of Osama bin Laden, rest assured that it would be posted immediately.