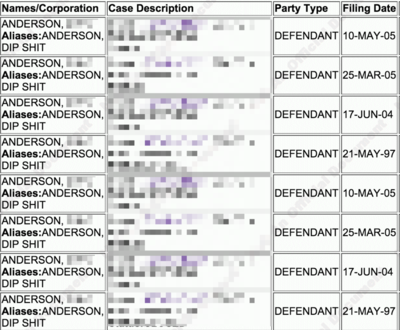 I guess they couldn’t just call him “Anderson” because it’s such a common name.

For a long list of other and arguably better aliases, try United States v. International Brotherhood of Teamsters, et al., on the Comical Case Names page. And thanks to the Chaney Law Firm in Arkadelphia for the tip on this one.

Police in Tijuana Are No Longer Empty-Handed

Man Walks 25 Miles to Be Sentenced