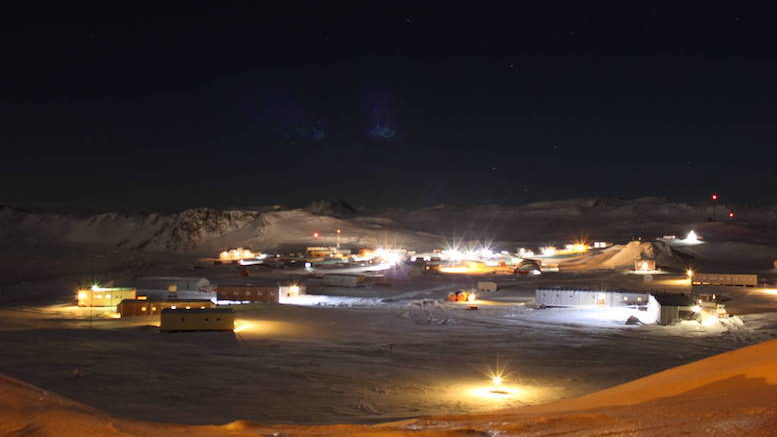 Numerous sources are reporting that a Russian man has been arrested for attempted murder, which is news for two reasons: (1) it happened in Antarctica, and (2) the motive was reportedly revenge for the victim’s insistence on giving away the ending of whatever book the perpetrator was trying to read.

While that would absolutely be a Good Reason to Kill, it appears unlikely that part of the tale is actually true. Which doesn’t mean I’m not going to add this to the list.

There is evidence of an Antarctican stabbing, at least. According to this October 23 report by Russia’s Interfax news agency, a district court in St. Petersburg issued a statement that included the following:

Which, according to Google and me, means something like this:

According to the investigation, on October 9 in the dining room of the command post of the Russian Antarctic station Bellingshausen, located on King George Island, [Sergei] Savitsky deliberately struck [the victim] at least one blow to the body using a knife as a weapon, intending to kill him.

An “informed source” told Interfax later that the victim had been flown to a hospital in Chile for treatment, and that Savitsky had surrendered peacefully to the head of the station. That last part makes sense, of course, because it’s not like he really had anywhere else to go.

Bellingshausen Station is not even on Antarctica proper, but rather is on King George Island, off the tip of the Antarctic Peninsula. That’s over 1000 km south of Tierra del Fuego, my friends, so Savitsky wasn’t going anywhere warm by kayak, that’s for sure. The station is “connected by unimproved roads” to three other stations on the same island, but you’d still have to get there, and then, well, it’s not like the Chinese aren’t going to ask any questions if some Russian shows up running at them across the tundra. Come to think of it, I assume people down there do the smart thing if they see somebody running at them across the tundra and just get out the flamethrowers. Learn from history, folks. So that’s another reason it makes sense that he just surrendered peacefully.

There isn’t a “jurisdiction” in Antarctica anyway, at least not in that sense. While seven countries have asserted claims to parts of it, none of those claims are formally recognized by anyone else. All such claims were frozen (!) by the Antarctic Treaty, which 53 nations have signed to date.

Under Article VIII of the treaty, scientific personnel and staff members of any Antarctic station “shall be subject only to the jurisdiction of the Contracting Party of which they are nationals in respect of all acts or omissions occurring while they are in Antarctica for the purpose of exercising their functions.” (So not if they’re there on vacation, I guess.) Any disputes that may result, like if you mistakenly but understandably lit a guy up with a flamethrower because he was running at you across the tundra, not that you would be prosecuted for that, are to be resolved by mutual consultation.

There are also no police down there. According to this New York Times report (“Cold Cases: Crime and Punishment in Antarctica”), the head of each station is generally also the top (only?) law-enforcement officer. At McMurdo Station, for example, the main U.S. base and the biggest one in Antarctica, the station manager is also a special deputy U.S. Marshal, who has “training in evidence protection and the power to arrest Americans for offenses committed against other Americans.” Something similar seems to have happened at Bellingshausen.

But what happened to spark the assault in the first place? That remains unclear. Many reports say, as noted above, that the victim insisted on giving away the ending of whatever book Savitsky was reading at the time. But sadly, that seems to be just a rumor. None of the Russian sources I’ve found mention this, nor did The Guardian, which relied on Interfax. And the earliest sources reporting the book-spoiler version of the story are mostly, shall we say, not known to have great concern for the checking of facts. Usually, tracking something like this back to the earliest or most local source you can find gives you the best results, so it’s suspicious here that the Russian reports don’t mention it.

A couple of them do offer a reason, though. According to these reports, the two men had been “feuding” over something, or maybe nothing, for several months. Small things really could get on your nerves down there, being so isolated and in close quarters and all. Or, maybe the guy gave away some book endings from time to time. If you were on page 1200 of War and Peace and then some guy lets slip that the Russians win, well, you can see how you would get pretty peeved. (Oops, sorry about that.) But regardless, they had apparently been feuding for months by the time of the incident. “But this time was different,” these reports say: the victim “allegedly teased Savitsky by suggesting that he should dance on the dining room table for money.”

That would also probably merit being added to the list, even if it hadn’t happened in Antarctica. But I’m sticking with this headline.