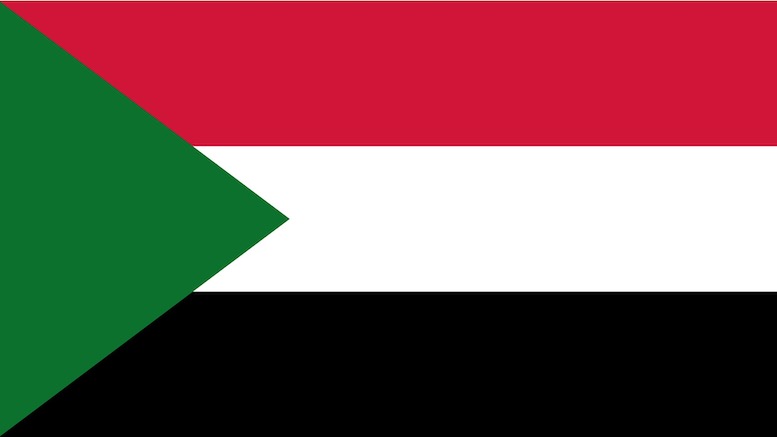 The flag of Sudan, where at least one person apparently has internet access

Ordinarily, I am pretty skeptical of claims like this one, which on the surface is a little reminiscent of the woman who claimed to own the Sun. See “Sunshine No Longer Free, Says Sun’s New Owner” (Nov. 29, 2010) (also this update, and then this further update). But here the source is the BBC, and it looks like it’s not the claim that is crazy but the situation.

According to the report, a court has ruled in favor of Abdel-Adheem Hassan, who was suing a telecom company in Sudan (possibly the telecom company in Sudan) for cutting off access to the internet. It was ordered to do this by the generals currently running the country, who in April kicked out former president and indicted war criminal Omar al-Bashir. He got to be president in the first place by kicking out the previous guy in a military coup of his own, and then there were also those war crimes, so don’t feel bad for Omar al-Bashir. But while military rule may have been an improvement, that hardly means things are good. One example of this is the internet blackout the rulers ordered recently after killing dozens of protesters in Khartoum. (I first wrote “violently suppressing,” but I fixed that.)

Hassan apparently filed a lawsuit against the company, Zain Sudan, seeking an order lifting the blackout. He seems to have won a somewhat limited victory, according to the report, which begins: “A lawyer in Sudan has told the BBC that the internet has been restored after a three-week shutdown—but only for him.”

The article isn’t very clear as to why the order applies only to him. He said this was because he filed the case only in his “personal capacity.” Maybe they don’t have class actions there, but if he was seeking an injunction, it seems like he could have drafted the proposed order a little more broadly. On the other hand, he said he is going back to court today, and then again tomorrow, hoping to get the right restored for more people. “Hopefully one million people will gain internet access by the end of the week,” he told the BBC. That’d certainly be a big improvement. It would still be 40 million or so short of the whole population, but then it is hard to say how many people had internet access in Sudan to begin with. (It’s hard to say how many people live in Sudan, for that matter.) One million might be, for all intents and purposes, everybody.

But when Hassan says he is now the one person “able” to access the internet, it seems likely that means “legally able, according to this piece of paper I have.” The BBC said that, according to him, he’s “currently the only civilian in the country able to access the internet without resorting to complicated hacks,” which suggests some people can still access the internet illegally despite the blackout, if they know how. (I think this is usually the case but am no expert.) But because the place is still under military rule, and military leaders tend to not care too much about court orders, it seems unlikely that Hassan’s access now is any different than it was before. Unsurprisingly, a BBC reporter in Khartoum confirmed that the internet remains blocked (at least for everyone who isn’t Hassan) despite the court order.

Still, good for him, whether he is actually now the sole legally authorized internet user in the country or not. What he’s doing is probably dangerous, and even if the order doesn’t accomplish anything immediately—or ever—it’s still a brave thing to do. Whether the people of Sudan want to use the internet to organize, or just look at cat pictures like we do, they should be able to do that.

Activist Convicted of Pelting School Board Members With Grapes

If You Can’t Read This, You Can Still Get a Gun Permit in Iowa