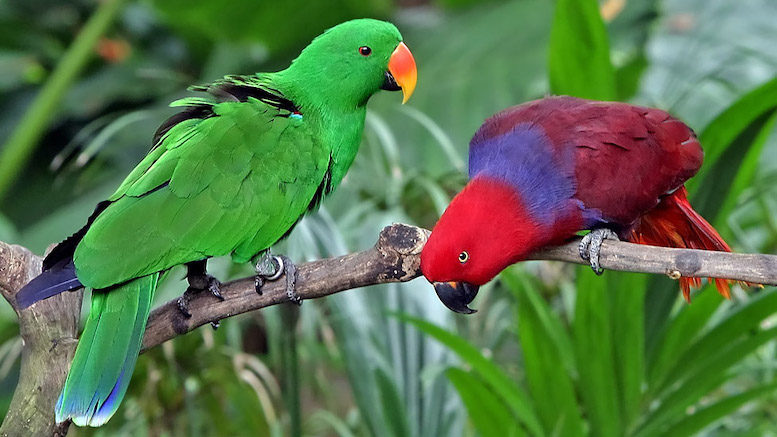 “This dispute is about the purchase and sale of a parrot,” begins Davy v. Kidwai, but you won’t be surprised to learn it was really more about that parrot’s allegedly impending demise.

As the opinion relates, Mr. Davy bought one (1) male parrot named Tiberius from Mr. Kidwai on September 5, 2019. Said parrot appeared to thrive at first, but within three weeks he was losing feathers, prompting a visit to the vet. Sadly, Tiberius tested positive for the virus that causes Psittacine Beak and Feather Disease, an incurable and often fatal condition. By the end of the year, his health had declined significantly. Davy, who spent $2,100 for the bird and another $541 on vet bills, sued Kidwai for damages.

Those who are upset that this matter ended up in court should (1) pipe down because it involves a parrot and (2) know that the matter was handled by British Columbia’s Civil Resolution Tribunal, which handles small claims.

Davy made two legal claims, both similar to ones we deal with all the time in our cases involving more mundane products: fraud and breach of implied warranty. In the fraud claim, he alleged Kidwai falsely told him the bird was healthy. But the tribunal held Davy hadn’t proven that Kidwai actually knew it was sick at the time of the transaction. Both parties noticed that Tiberius had lost some feathers, but Kidwai claimed he honestly believed this was due to normal molting. Evidence showed that ten days after the sale, Davy had said Tiberius was “doing great,” and he didn’t take him to the vet until the end of that month, which tended to support Kidwai’s defense. So the fraud claim failed.

The more interesting claim is breach of implied warranty—basically, an argument that the parrot was legally “defective” at the time it was sold. There was no express warranty here like you get with a new car. But the law implies some basic provisions even if the parties don’t write them down, and one of those is a warranty that the product being sold is worth at least something. In the U.S., this is called the implied warranty of merchantability, and it just means that a product has to be “fit for ordinary use.” Doesn’t guarantee a perfect product or even a good one, just “fit for ordinary use.” Canada has that too, but it also has an implied warranty of “durability,” which guarantees that goods will be “durable for a reasonable period of time” considering the “use to which they would normally be put….” That’s the one the tribunal applied here.

So, how durable should a parrot be?

Here, the parties agreed that a healthy Eclectus parrot (Eclectus roratus) will “typically live for 30 to 40 years.” Based on my extremely limited research, that estimate is about 10 years too high, but the defendant probably didn’t think it was worth arguing about that. The vet testified that Tiberius’s PBFD will probably shorten his lifespan significantly, limiting it to “between weeks and several years.” It isn’t clear whether Kidwai disputed this—the court notes that he was claiming $200 for the cost of an “expert report on bird disease,” but didn’t file a report—so the vet’s testimony was probably uncontested.

Is that a breach of the implied warranty of parrot durability? Remember, it doesn’t guarantee a perfect parrot, or even an especially good one. Certainly it does not guarantee one that will live to be 30 to 40 years old. It only guarantees a parrot that will be “durable for a reasonable period of time.” As far as we can tell from the opinion, Tiberius was still around when it was issued (April 24), at which point he was about nine months old, and based on the vet’s testimony, he could last “several” more years. So did Davy prove his parrot was not reasonably durable?

The tribunal decided he had. It cited a “defective puppy” case for the proposition that a “young apparently healthy animal” should live for at least six months to be sufficiently “durable,” and held Kidwai had breached this implied warranty because Tiberius got sick sooner than that. But in the puppy case, the issue was whether an express six-month warranty was reasonable, not whether the law should imply a six-month warranty in every case. And those buyers lost, so it’s not clear how that case helped Davy. He could have asked for an express warranty, or taken the bird to get checked out, but he didn’t. The tribunal is saying that whenever you sell an animal, you are promising it’ll be healthy for at least six months or you’ll refund the price. That isn’t a terrible rule, I guess, but it’s one the parties could have negotiated themselves. The tribunal basically just makes it up. Having done so, it ordered the seller to pay a little over $2,500 for the breach of the parrot warranty.

Now, some sources, like the CBC, have compared this matter to the Monty Python sketch involving an “ex-parrot.” I wish to register a complaint. That case did involve an allegedly defective parrot. But there was ample evidence that said parrot was not just insufficiently durable, but that it had in fact been deceased when purchased not half an hour before, and that this condition had been dramatically misrepresented by the seller. It was not, for example, simply “resting,” or ….

Well, you know the rest, or if not, you really should.