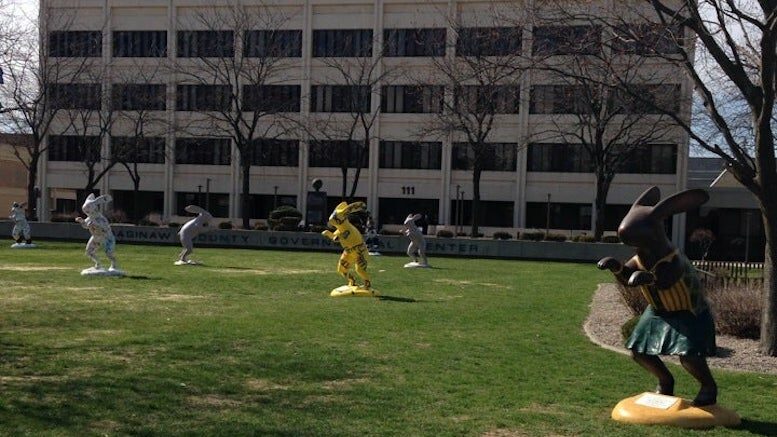 For most of April, hundreds of criminal cases in Polk County, Iowa, were being prosecuted by the Easter Bunny, according to the Iowa Capital Dispatch. It’s not clear to me whether this prosecutor, formally named as “Easter Santa Bunny” in the Iowa courts’ database, was moving any of these cases forward during that time. Many of the cases were said to be technically “dormant” anyway, still open only because a defendant had not completed probation or paid a fine. But many of the cases, the Dispatch reported, were still active.

According to the report, the cases were previously assigned to another assistant county attorney in Polk County. That attorney was reassigned to a different set of cases, and his old cases were transferred to Bunny on April 4 as a “placeholder” until the digital transfer could be completed. For whatever reason, they were still assigned to Bunny more than two weeks later when someone finally noticed. That someone was either a reporter researching cases in the database, or someone else who noticed and decided to tell the Dispatch instead of the court system. It wasn’t me, that’s for sure, because I would never call public attention to an embarrassing mistake of this kind. Also I didn’t know about it until recently.

A supervisor in the clerk’s office said that the references to Easter S. Bunny should not have been publicly visible, and she did not know or did not want to say what went wrong:

“This has been a nightmare for me,” [the supervisor] said. “We moved everything from [the other attorney] to the Easter Bunny, and those [references] should have all been cleaned up so you wouldn’t be able to see that.”

The public was, however, able to see that. Until April 21, when more extra steps were taken and the Easter Bunny disappeared from the database. Or at least the public can’t see him anymore.

The Dispatch found other examples of unusual parties in the court’s database, in what it said “appear to be training exercises for clerical staff” in which fictitious cases were created but never removed. For example, the database shows that in December 1997, Santa Claus was convicted of felony burglary and kidnapping and sentenced to 999 years in prison, which seems a little excessive. The same file showed that Claus was subject to a restraining order requested by Mickey Mouse. Claus was also reportedly charged with second-degree robbery in another Iowa county. There was no record that Claus was convicted in that case, but his right to carry a gun was revoked.

I did not find any examples on Westlaw of a Mr. Santa Claus being a party to a case. That name appears in 28 cases, most of which involve someone’s alias; the town of Santa Claus, Indiana; or a corporate entity with “Santa Claus” in its name. (One case had three Santa Clauses in its name, and was sufficiently odd for other reasons that I’ll probably write it up separately.) There is, however, a case from the 1840s in which the passenger steamboat Santa Claus was the defendant, apparently in a sort of in rem proceeding to determine who was at fault in a collision. See The Santa Claus, 21 F. Cas. 406 (Cir. Ct. S.D.N.Y. 1848) (reversing district court’s judgment that the defendant steamboat was at fault).

Sadly, “Easter Bunny” did not appear in a single case on Westlaw, as a party or attorney, with or without a middle initial.

Hussein Can Poke American Eyes With Own Hands