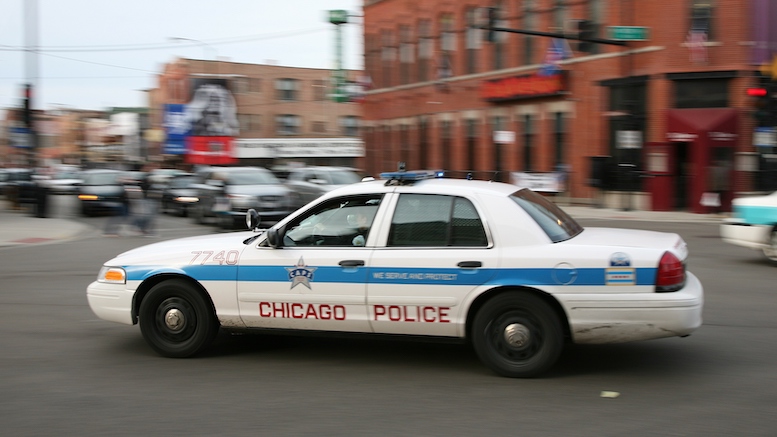 In a new lawsuit, a Chicago woman alleges that police conducted an unnecessary no-knock raid on her home in January 2015, throwing flash-bang grenades and then charging in with assault rifles. Police did have a warrant, but it’s not entirely clear how they got one. This is because the department knew, or should have known, that the guy they were after was not inside the home. Or any home. And that is because he was inside a prison, where he had been for more than five years.

According to the complaint, the officers were looking for a man named Derec Bell and/or evidence of illegal drug activity engaged in by the said Derec Bell. And Derec Bell had, in fact, once resided at that address, but not more recently than June 2009, the date at which he began residing at the Hill Correctional Center in Galesburg, Illinois. Bell has resided there ever since, and will almost certainly continue to do so until 2029, when his sentence is up. Because he had been imprisoned 200 miles away for the previous five-and-a-half years, therefore, it is not clear how officers established probable cause to believe that evidence pertaining to him might still be found in his prior abode in January 2015. (The plaintiff had moved in three years after Bell moved out.)

“[D]espite the independent vetting of material [information] … and the methodical process to authenticate addresses, errors can occur and information may not be accurate,” a police spokesperson said, thus blaming the information for its own inaccuracy. Police make “every effort” to verify warrants, he continued. Every effort except for checking to see if the target’s already in prison, apparently, because this one was.

The plaintiff is represented by Al Holfeld, Jr., who has brought several excessive-force lawsuits against Chicago and its police recently. The city settled one such case last year for $2.5 million, the report said.

Some believe that the Chicago police department has unconstitutionally engaged in a pattern of excessive force, and those people include the Justice Department, which reached that conclusion in 2017 after a 13-month investigation. According to one report, between 2004 and 2015 the city spent almost $60 million a year on settling cases alleging police misconduct. And I haven’t read all of this article entitled “Two Decades of Torture by Chicago Police,” but the headline sure doesn’t sound good.

Nobody was physically injured in the Looking for Derec Bell Who Was in Prison incident, but the plaintiff does allege that the grenades terrified her and her children, and that the children also did not enjoy having assault rifles pointed at them by screaming officers. Also, she claims the city has not paid for the damage to the home, nor have officers returned some jewelry and other property they confiscated during the visit.

Justice Scalia and the Genetic Panopticon