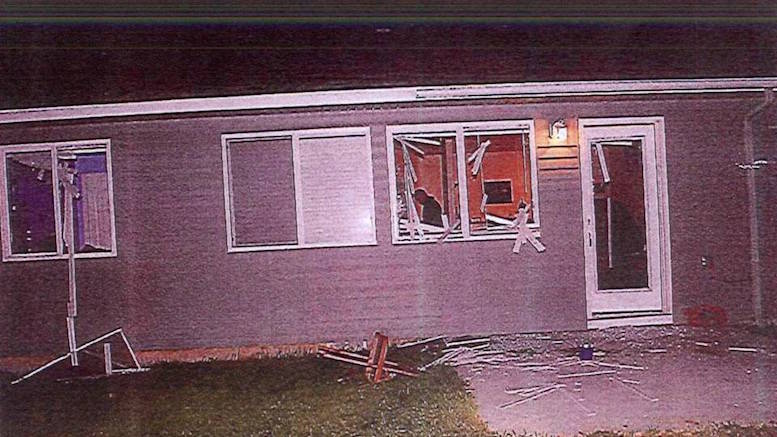 According to several sources (Techdirt, Fault Lines, Idaho Statesman, CNS), an Idaho woman is suing police for trashing her home in 2014 during what they thought was a standoff with a suspect holed up inside. Police allegedly spent about 10 hours shooting tear gas into the home, smashing windows, and doing other stuff they’ve probably seen TV cops do. Turns out the only one inside was a dog.

While the problem is sometimes that police barge in without a warrant, here it was kind of the opposite: the tenant had not only given them permission to go in to look for her ex-boyfriend, she had actually given them the keys. But instead of just using them, they called out the SWAT team and softened the place up for half a day before smashing in about midnight. 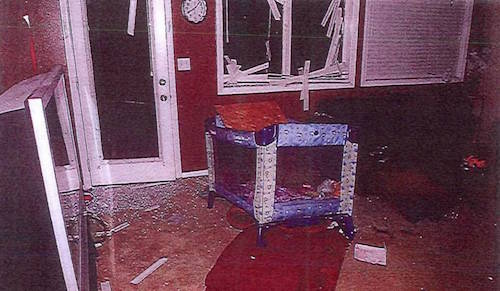 The dog they found in a back bedroom was arrested without incident.

One of the officers apparently attempted to obtain ingress from above, but that turns out to be harder to do than it looks on TV: 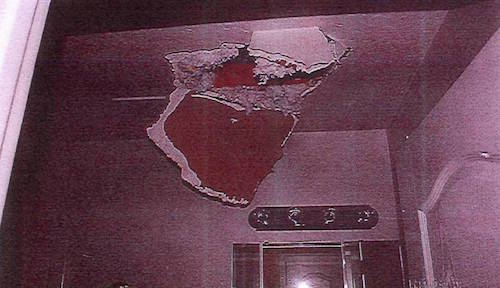 He would have lost the element of surprise when he fell through the ceiling, had there been anybody inside other than the dog.

The article in the Statesman (the source of these pictures) says the guy they were looking for was suspected of stealing some guns, but it doesn’t say they had any reason to think he was armed at the time or that he was especially dangerous. He may well have been. But given that according to the article, the police report took the trouble to note that “officers were told [the suspect] might have had a BB gun on him,” I would guess they didn’t have strong evidence he posed a really serious risk. By all means, be careful; I’m just not sure calling in artillery was really necessary. Then there is also, of course, the question of why it took 10 hours to figure out the place was empty.

It should also be said that the plaintiff’s demand for $350,000 seems excessive, since she was not the owner—she was renting the place—and neither she nor her children were in the place at the time. If dogs could recover for emotional distress, I’d be fine with that number, I think. But sadly, they can’t.

Previous standoff-related tales have included the New Jersey case where police were held at bay for 90 minutes by a life-size cardboard cutout, the one where a guy fled into a waist-deep pond and he and the cops then just stared at each other for a while (with one of my favorite images ever), and of course the “burrito-triggered spree” in San Antonio that ended peacefully after a three-hour standoff. No casualties in any of these, thankfully.

Candidate’s Platform: “I Don’t Plan to Do the Job”