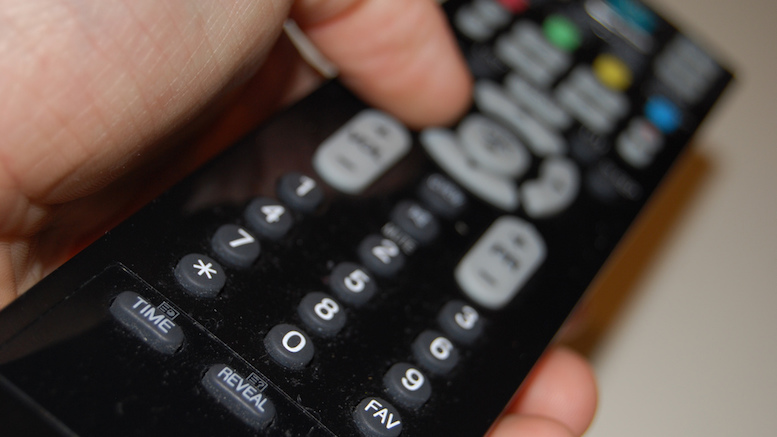 Timothy Dumouchel of West Bend, Wisconsin, threatened to sue his cable company in 2004 on the grounds that it had negligently supplied him with free cable TV, resulting in an addiction to cable that made his family fat and lazy.

Police were called to the local office of Charter Communications on December 23, 2003, after Dumouchel showed up there with a small-claims complaint form and allegedly made threats to employees. According to the police report, Dumouchel gave an employee five minutes to get a supervisor or he would be “in the ocean with the sharks.”

He said this in Wisconsin.

Dumouchel claimed he had asked to have his cable canceled four years ago, but Charter didn’t turn it off. The family was then allegedly unable to stop watching the free programming, which Dumouchel called “addictive.” He blamed this cable addiction for a variety of problems. “I believe that the reason I smoke and drink every day and my wife is overweight is because we watched TV every day for the last four years,” he said in a written statement. “[T]he reason I am suing Charter is they did not let me make a decision as to what was best for myself and my family and [they have been] keeping cable [coming] into my home for four years after I asked them to turn it off.” He claimed he had called Charter several times and asked them to turn off the free cable, but they continued to flood his home with its addictive goodness. He specifically distinguished between Charter’s addicting him to cable and his free choice to buy and smoke cigarettes: “I have the choice not to smoke these [cigarettes],” he told reporters. “Yet I choose to go to the store and buy them. The cable company did not give me the choice.”

Dumouchel said his wife had gained 50 pounds from her TV addiction, and that his children had become “lazy channel surfers.”

Charter’s director of public relations in eastern Wisconsin did not miss the opportunity for spin: “Even though we consider our services to be a very powerful entertainment product,” he told a newspaper, “I don’t think it’s reached a medical level yet where it could be considered addictive.”

Later, after negative publicity, Dumouchel called a press conference to say he was dropping the case. He said the only reason he called a press conference about it was to deny that he had ever said his children were “lazy.” (He did say that.) He wanted to set the record straight because, he said, his children were hurt by the false laziness charges.

He did confirm that his wife had gained a lot of weight.

Dumouchel refused to admit he had no case, though, saying he was dropping the suit only because he “did not want to hurt the cable company.”

Lawyer-Musician Kicked Out of R. Kelly Courtroom for Trying to Hawk CD

Fight Breaks Out in Alabama Legislature