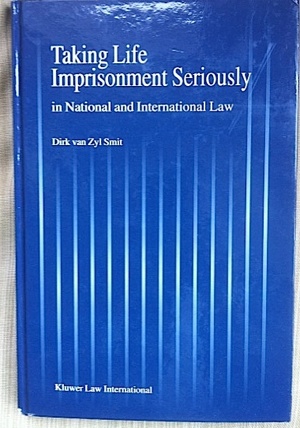 Quit kidding around, whoever hasn't been taking this seriously.

It's not me — I just checked, and I've used that phrase exactly once, back when Robert Blake was in jail on suspicion of killing his wife, and he was recorded saying he didn't care if he got life imprisonment because he'd write his memoirs and maybe set up a website like Charlie Manson did. So I guess he didn't take it seriously. But then he was, hilariously, later acquitted.

There are other hilarious book titles in this post at Bookride (via Boing Boing), but this was the only law book featured. If you have any similar examples of bad titles, whether they are disgracing law books or law-review articles, please let me know.

Be on the Lookout