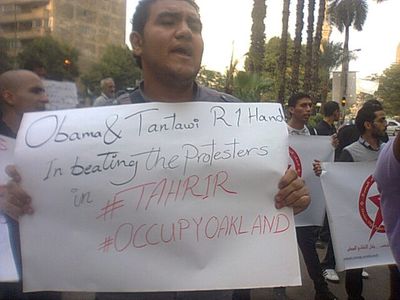 Okay, Oakland sucks, but at least they aren't cracking people's skulls over there like they did in Egypt.

They did what now?

Okay, granted, but at least that was an accident. In Egypt the government would deliberately kill its own citizens without a trial, based on secret evidence and legal arguments, and just say it was necessary for "national security."

What are you, some kind of terrorist?