A man in Pasco County, Florida, called 911 at about 1 a.m. on January 24 after he heard a commotion and then gunshots in his living room. Hiding behind his bed after grabbing his own gun, Alan Benz told dispatchers he could hear men shouting "Trash the place!" during the gun battle. Luckily, deputies arrived quickly, surrounded the house, and then bravely rushed into the living room.

They then turned off the TV.

The report says that Benz had watched a documentary earlier that evening and "had left the television and surround sound on when he went to sleep." Apparently, a drama of some kind came on later and Benz was awakened in his bedroom by the sounds of gunfire. I can see how that would be frightening and disorienting at first, maybe even for long enough to make the 911 call. More baffling is how you could fail to distinguish between a TV gunfight (even one rendered in surround sound) and one that was actually taking place in your living room, during the 5 to 10 minutes (minimum) it must have taken for the cavalry to arrive. The all-too-brief report does not attempt to explain. 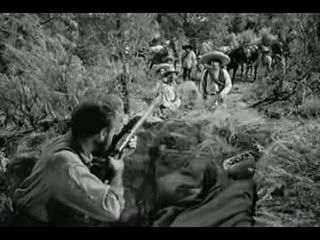 "I don't know why they would be arguing about badges -I'm just telling you what I heard. Also, I'm pretty sure one is a Mexican."

According to the report, "Benz felt bad about the false alarm. He also complimented the deputies on being professionals during the situation." I'm guessing that means (1) they didn't shoot the TV and/or (2) they didn't make fun of him until after they left the house.

Driver Arrested For Helping While Intoxicated