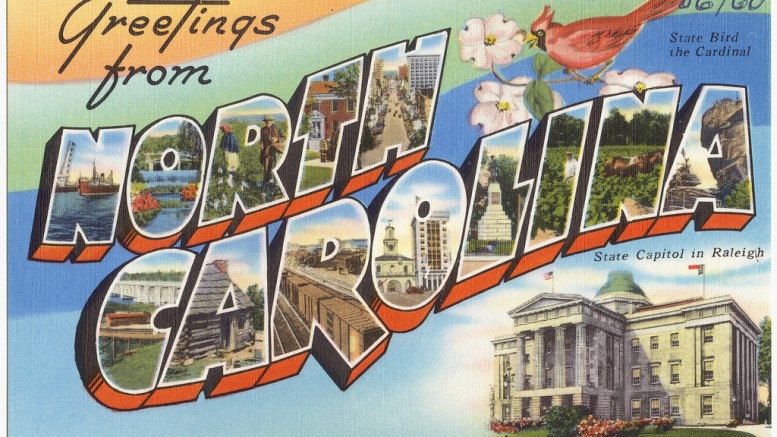 Let me just warn you in advance that the following sentence will make no sense at all:

After a 16-year-old Fayetteville girl made a sexually explicit nude photo of herself for her boyfriend last fall, the Cumberland County Sheriff’s Office concluded that she committed two felony sex crimes against herself and arrested her in February.

To be fair, it’s a perfectly valid English sentence until one reaches the word “that.” Only then does it turn batsh*t insane.

As the Fayetteville Observer reports, the girl and her boyfriend (also 16 at the time) were discovered to be “sexting” each other, which came to light during an investigation of other photos being shared among teens without the consent of those pictured. Although their interaction was consensual, both of these teens were nonetheless charged with violating this law:

A person commits the offense of second degree sexual exploitation of a minor if, knowing the character or content of the material, he [or she]:

(1)   Records, photographs, films, develops, or duplicates material that contains a visual representation of a minor engaged in sexual activity; or

Both were also charged with third-degree exploitation, which is the crime of possessing the visual representation.

Not only are these felony charges, a conviction would require them to register as sex offenders for the rest of their lives.

Not surprisingly, faced with this, the girl was willing to plead to a lesser charge. The district attorney said that in cases like this—that is, entirely consensual and between teens of similar ages—the state graciously will typically let a defendant plead guilty to a misdemeanor. So the girl has now pleaded guilty to “disseminating harmful material to minors.” She was sentenced to a year of probation and must “take a class on how to make good decisions”—I assume she’ll have to leave the state to find one of those—but won’t have to register. The boy is still facing his five felony charges, including the four charges that he exploited himself. I’d be amazed if they didn’t offer him a similar deal, but then I’m already amazed.

“That’s crazy,” said one expert who the Observer contacted about this story, and the other one they contacted thought that but didn’t say it. Because studies show that almost a third of teens do this kind of thing, he did say, if this were the national standard “you’re talking about millions of kids being charged with child pornography.” (Since probably almost all of them actually do it, you’re talking about three times as many millions.) Other states might not be so stupid or heavy-handed as to charge minors with exploiting themselves, but—well, what am I saying? Yes they would.

Here’s just how crazy it is: it would not have been illegal in North Carolina for them to actually have sex.

The age of consent is 16. There’s a law prohibiting anyone 16 or older from “taking indecent liberties with children,” but the child must be under 16 and the defendant at least five years older. There’s a law prohibiting “indecent liberties between children,” but that law only applies to a person under 16 who takes “liberties” with someone at least three years younger. So it’d be perfectly legal for these two to have actual physical intercourse, but trading or even having naked pictures they took of themselves is a felony. Or seven.

Also, here are some things that aren’t felonies in North Carolina:

The anti-Klan law might be unconstitutional, of course, but it’d be nice if they at least pretended that was a more serious crime than consensual sexting.

Update: I forgot to mention that according to the Observer, the warrant for the girl’s arrest named her “as both the adult perpetrator and the minor victim” of both charges. It is possible, of course, for the law to consider the same person an adult for one purpose (e.g. being drafted) and not an adult for another purpose (e.g. drinking alcohol), not that it necessarily makes any sense to do that. But calling the same person the perpetrator and victim of a crime—well, laws against suicide are the only other examples I can think of, and those seem pretty dumb too.

Has the TSA Searched Your Car? Yet?