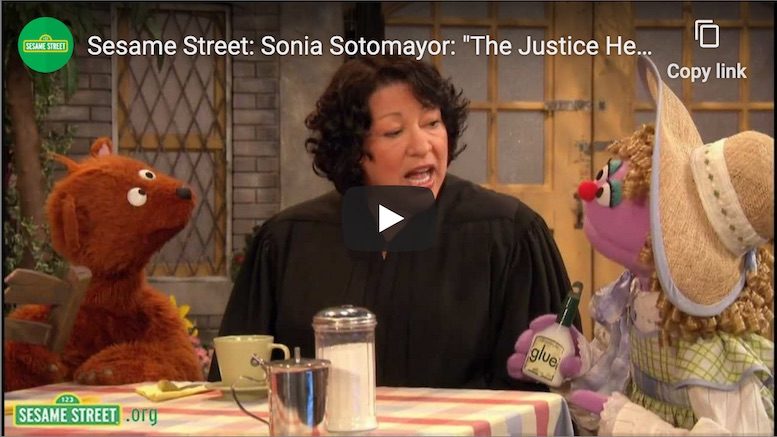 While I think it’s great that a justice is appearing on Sesame Street, there are some problems with this vignette.

First, the case clearly is not properly before the Court, unless they’re suggesting Baby Bear filed a cert petition, and there’s no constitutional issue here anyway, and no quorum.

Second, Justice Sotomayor should be limiting her review to the record below, not hearing testimony from a couple of Muppets who just walk in off the street. Worse, she was apparently about to hear the bear’s argument ex parte, if Goldilocks hadn’t shown up when she did.

Third, what law is she applying? Any? What jurisdiction is Sesame Street in, anyway?

Coming up: Justice Scalia refuses to stay Elmo’s execution despite newly discovered evidence that he is innocent.