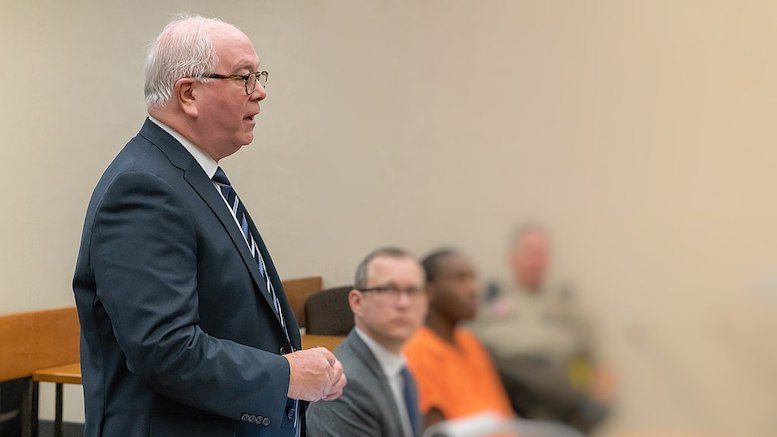 In the last couple of days a number of people have sent me a story, reported here in the New Hampshire Union Leader, about a woman who allegedly impersonated a prosecutor in order to drop certain charges against her. I could have sworn there had recently been another example of this, and I was right: I was thinking of this story from January. But I don’t think I got around to mentioning that one, so let’s do them both now.

In January, an employee in the Volusia County (Florida) clerk’s office noticed that an “announcement of no information” had been filed in the case of Christian Mosco, who had been charged with attempting to extort money from a local business. That was unusual because a “no information” means prosecutors have decided not to charge someone, but Mosco had already been charged. A decision to drop charges would involve what’s called a nolle prosequi, not an “information.” So this was not the correct document. And, as the report put it, “the correct document would also have been filed by an actual prosecutor.”

Apparently, Mosco used the names and bar numbers of two actual prosecutors to create a fake user account and file a fake “no information” through the Florida courts’ e-filing portal. It’s not clear how he was able to do that, but the system has reportedly been “adjusted” so the same trick would not work again. The upshot is that in addition to the extortion charge, Mosco ended up charged with seven more felonies, including falsely impersonating a prosecutor (x2), “uttering a forgery,” and practicing law without a license. I’m not really sure “practicing law” is what he was doing, but the other ones seem to fit.

Lisa Landon may, or may not, have learned something from Mosco’s example, based on the reports this week. She at least managed to file the right document, a nolle prosequi, thus dropping the charges against herself. But it still came to light that this had been filed by the wrong person, this time because an official who had been scheduled to perform a competency evaluation on Landon called to ask whether the evaluation should go forward. Why this person noticed it before prosecutors did isn’t clear from this report, nor is it clear how Landon got access to the e-filing system.

But once she did, she used it freely. Prosecutors said she not only dropped the charges against herself (she was, and still is, accused of stalking and meth possession), but filed six other fake documents in other cases as well. These included a fake order waiving filing fees in a lawsuit Landon brought against the county, which may have saved her a few bucks but added another charge of falsifying evidence to her list of alleged crimes. That made six such charges, in addition to one charge of “false personation,” the stalking and possession charges, and also charges of burglary and theft that I forgot to mention earlier.

These cases also reminded me of one that I mentioned a few years ago. See “Prosecutor Declines to Prosecute Himself” (Mar. 30, 2015). But that one really wasn’t very similar, apart from the headline. First, it happened in Zambia, an example of my ridiculously comprehensive coverage of Zambian legal news. Second, Mutembo Nchito was a real prosecutor, which is probably why a judge agreed that he had the power to drop the charges against himself. And third, it is possible that the charges against him were politically motivated (he didn’t charge himself, someone else did).

What ultimately happened in that case? Good question. Based on this report, dated October 28 (of this year), it looks like Zambia’s president later removed Nchito from office for alleged “professional misconduct.” He challenged that decision, and Zambia’s Constitutional Court recently held that the president had invoked the wrong legal provision but had the power to remove Nchito nonetheless. It doesn’t look like the court said anything about the misconduct charges, only that the president had the power to remove the prosecutor from office.

Again, that prosecutor did get away with dropping the charges against himself, but then he was a real prosecutor. As the other examples above show, this is not something you should plan on trying yourself.

In Case Relating to Internet, Be Sure to Explain to Judge What an “Internet” Is

Officer: Sex With Hookers Was Part of My Job, Unenjoyable