Following up on yesterday's post about the burglar who felt the need to check Facebook on his victim's computer, but not to log out, here are a couple more such incidents. (Thanks, "Dancing Taco.")

This 2009 report mentions a burglar caught in exactly the same way as yesterday's genius—he checked Facebook on the victim's computer and forgot to log out. The only other detail is that one of the burglar's friends said the burglar had asked him to help break into the same house the night before. That friend was quickly unfriended, I imagine.

More amusing was this 2011 incident in Atlanta. And if you thought yesterday's tale was a comedy of errors (thinking of you, guy who described it on Twitter as a "comedy of errors"), this one is more so.

The Atlanta Journal-Constitution reported that a woman returned home one day to find a car in her driveway. This concerned her because it wasn't her car, which she was in at the time, nor did she recognize it. She got out to check and noticed that the engine was running, that the car was not locked, and that a wallet was inside.

"I just had that blink moment when your gut tells you to do something and you do it," she told a reporter. What her gut told her to do in this case was to open the door, turn off the car, take the wallet and keys, and then drive off and park in a place she could safely watch her front door. Good call, gut.

Would have been slightly funnier if she had driven the burglar's car away—which has also happened, although in that case it was by accident. See "Fleeing Customer Takes Bank Robbers' Getaway Car," Lowering the Bar (June 7, 2012). But here she had her own car to worry about, so I won't criticize.

Sure enough, before too long she saw someone come out of her house with some of her stuff. He put the stuff in the car, "then ran away after realizing somebody had taken his keys." The victim—although "victim" seems like the wrong word here—called police at some point during this, probably after she stopped laughing. Police then began searching for the burglar.

You haven't seen a reference to Facebook so far because the guy wasn't done yet.

Later the same day, one of the woman's neighbors came home to find that "someone had entered her home and left puddles of water throughout." Police said they surmised that the suspect had tried to hide from them in what they described as "a small lake in the neighborhood," but which I prefer to think of as a "pond." He eventually broke into the second woman's home, apparently having decided that would be a better place to hide.

He tried to hide in a pond. To be fair, it is a lot easier to break into a pond if you're in a hurry, though I'm still surprised this guy managed it, but it's just not practical to hide in one for any length of time. 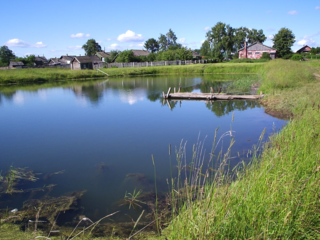 The second woman noticed that her laptop had been moved, and upon checking it, "she discovered that an unknown person had logged into Facebook." What compels a person to do this? Was he just killing time? Trying to contact an accomplice? Asking whether it's dangerous to hide in ponds? No idea. Anyway, as her discovery shows, he had also failed to log out. So I guess he wasn't "unknown" for long.

"Upon receiving this information," said a spokesman, "detectives determined that the vehicle [at the first house], wallet [in the first victim's possession] and Facebook account [still logged in on the second victim's computer] all belonged to one person: Trevor Jones." Probably not the most difficult determination they made that day.

Two (More) Reasons Not to Bring Drugs to Court