Lots of great suggestions for the caption contest, but I'm going to go with this one: 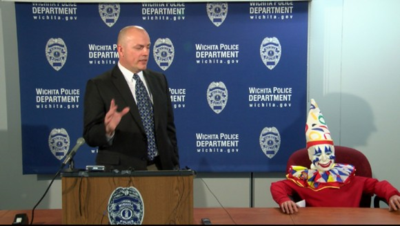 "The Department is extremely grateful to this Bozo for
coming forward and identifying the 29 other people in his
vehicle at the time of the drive-by."

Congratulations to Michael Winters, to whom I will be sending a free book if he still wants one and will email me his address.

Should the winner be unable to perform his duties, not that they are all that complicated, as noted above, the runners-up will be notified and may then choose to claim the book with said notification to occur in the following order:

There were others I really liked, especially the absurdist ones, but not all are reproduced here. Thanks to everybody who entered.

“This Is Not a Joke Patent,” Declares Patent for Method of Making a Snowman