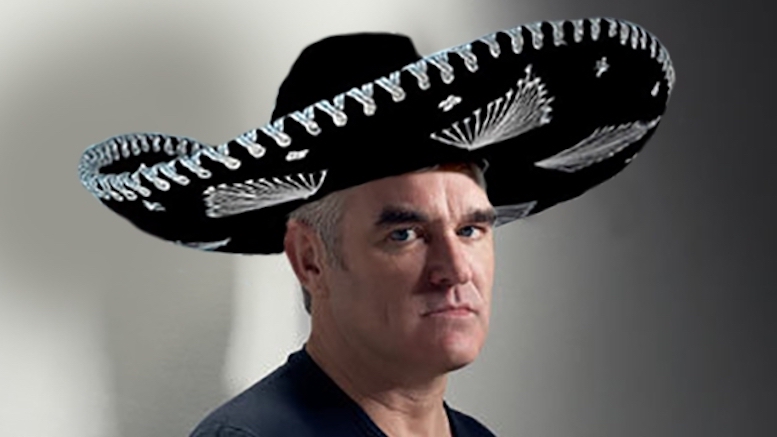 Here’s something else the new TSA administrator needs to prioritize: the investigation into the recent alleged groping of Morrissey’s junk at San Francisco International Airport.

On his blog, True to You, the fantastically talented yet perpetually maudlin artist (“Earth Is the Loneliest Planet,” “You Have Killed Me,” “I Have Forgiven Jesus,” “Life Is a Pigsty,” “Dear God Please Help Me,” “My Life Is a Succession of People Saying Goodbye,” so many others) related his version of the incident, which he says took place July 27 as he was trying to catch a flight to London. It is worth a read:

The officer who sexually assaulted me was identified as the General Manager On Duty. Luckily I was accompanied by two members of British Airways Special Services, who were horrified at the sexual attack and suggested that I lodge a complaint. I asked if there would be any point in lodging a complaint since, as with any complaint against a figure in “authority,” the complaints are simply collected in order to protect the guilty officer should the matter go further. The British Airways Special Services employees assured me that a complaint was worthwhile, and so I filed the appropriate information. However, before doing so, the guilty “officer” was confronted, and the conversation went thus:

You have just sexually groped this man.

What you have done is illegal.

You have no right to do what you have just done.

Apart from “that’s just your opinion,” he would not comment, even though, since the penis and testicles were mine and no one else’s, then my opinion must surely have some meaning. But, of course, what the airport security officer was saying was: your opinion will never count in the eyes of the law.…

In the interests of imperishable bureaucracy my submitted complaint against this ‘officer’ will obviously be either unread or ignored because, as we all know, on matters of officialism it is not possible to be pleasantly surprised by anything at all. However, what is clear is that, should you find yourself traveling through San Francisco International Airport, you should expect sexual abuse from the so-called ‘security officers’ who, we are unconvincingly warned, are acting only for our security.

Do people have minds?

(Emphasis Morrissey’s.) Do people have minds? Sometimes you think they do. Then you go and you stand at SFO, and you leave SFO, and you go home, and you cry and you want to die. It probably won’t be any different this time.

Update: In a shocking development, a TSA spokesthing has denied that the Morrissey Incident involved any misconduct. Actually, I guess it didn’t quite say that—it told Rolling Stone that “[u]pon review of closed circuit TV footage, TSA determined that the supervised officer followed standard operating procedures in the screening of this individual.”

I can think of at least three ways that statement could be literally true and yet not contradict Morrissey’s story at all. Two are probably obvious; the third requires knowledge that last year, some drunk guy infiltrated (i.e. walked into) a checkpoint at SFO, put on some gloves and managed to grope two women before anybody noticed him. So it’s entirely possible that the “supervised officer” (apparently they have unsupervised officers there too) did follow SOP in Morrissey’s case, but whoever they let sneak into the checkpoint did not.

Florida Driver Cited For Speeding, 49 Or So Other Violations