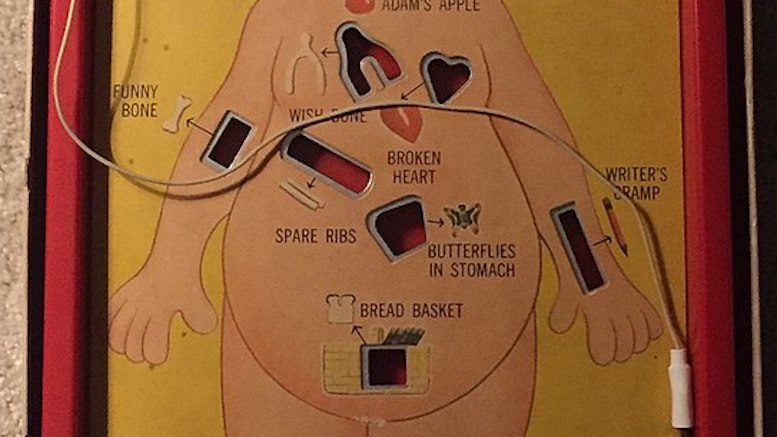 Harder than it looks (image: cropped from original by PaRappa276 on Wikipedia, CC 4.0)

Everything is over-regulated these days, and now it turns out that you actually need a license if you want to go around performing autopsies for money. Back when I was a lad in Kansas, you could just go into business for yourself without all this government foofaraw, whether you wanted to sell lemonade or mow lawns or become a traveling pathologist. It was all up to you.

On November 18, the U.S. Attorney’s Office for the District of Kansas announced that it had indicted a man who, as the press release put it, “ran an autopsies-for-hire business.” Well, you can’t expect a man to do autopsies for free, and in fact if a man was willing to do them for free, that might even be a little concerning, to be honest. But it wasn’t so much that Shawn Parcells was doing autopsies for hire, it was more that he didn’t have a license to do them at all, or even any formal training in the field.

That was the problem.

According to this report, which cited an assistant AG in Kansas, “Parcells has described himself as someone who is self-taught in the trade of pathology,” and let me tell you that this was the first time the concept of someone being “self-taught in the trade of pathology” had ever occurred to me. I can’t think of too many trades in which being self-taught would be less acceptable than that, except maybe surgery on living patients. “Which school did you go to, Doctor?” “Oh, I was never much for book learnin’. Just sort of picked it up as I went along.”

Parcells wasn’t quite that independent, because he worked for several years as a pathologist’s assistant in a medical examiner’s office. But it was still the case that he had “no formal education or certification” in the field, according to the Kansas City Star. And rather than get those things, he decided to just … start his own private autopsy business. From the press release:

The indictment alleges Parcells falsely led clients to believe they would receive an autopsy report prepared by a pathologist. In fact, in most of the cases, no pathologist was involved in the work on the autopsies. Parcells was not a physician and not a pathologist….

Parcells offered private autopsy services through his business, National Autopsy Services, based in Topeka. Clients generally paid a basic fee of $3,000 plus expenses up front for a full pathological study and diagnosis as the cause of a death of a family member.

The indictment alleges that from May 11, 2016, to May 5, 2019, Parcells obtained fees from at least 375 clients for a total amount of more than $1.1 million, but failed to provide a completed report in the majority of cases.

One case in which he did provide a report was that of Michael Brown, who was shot and killed by a police officer in Ferguson, Missouri. Apparently questions were raised then about his qualifications, and it turns out those people had a point.

I know little about the law of “the healing arts,” the term used in Kansas statutes, but I did read some of those statutes and they seem problematic for Mr. Parcells. Under Kansas law, each judicial district of the state has a coroner, who must be “licensed to practice medicine and surgery….” If the coroner decides an autopsy is necessary, “such autopsy shall be performed by a qualified pathologist as may be designated by the coroner.” A pathologist is a doctor and so presumably would also need a license, not just general “qualifications.” In cases where the coroner doesn’t need to be notified of a death, or decides an autopsy isn’t necessary, family members generally can request and/or authorize one. And that statute says the autopsy may be performed “by a physician or surgeon….”

Actually, it says the autopsy may be performed “upon the body of a deceased person by a physician or surgeon….” At first it seemed to me like that first part kind of went without saying, but then I decided maybe it would be good to go ahead and clarify it in case anyone is uncertain about, you know, the category of person upon whom an autopsy may be performed. So, just to be clear, if the person in question asks you to stop, you must do so.

In addition to facing charges under state law, and being ordered by a judge in the meantime to quit doing unlicensed autopsies on people, he now faces 10 federal counts of wire fraud for misleading people about his qualifications and services. If convicted he could face 20 years in federal prison and a fine that could be far in excess of the remarkable $1.1 million he allegedly took in during three years of amateur pathology. That’s the thing about fraud: you can make a lot of money in a hurry, but you usually don’t get to keep it.