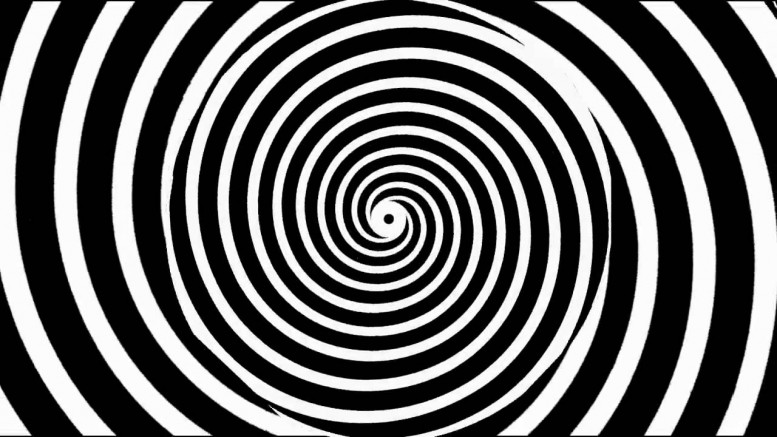 It’s not too unusual, or so I hear, for a client to be unable to recall every meeting and phone call with a lawyer. I would guess that the recall rate goes down as the billing rate goes up, generally speaking. But when two Ohio women separately claimed they were experiencing memory loss after interacting with a lawyer—and when one recorded him using “sexually explicit language” over the phone—authorities investigated. He did it again in person, and that time she was wearing a wire. Not coincidentally, he gave up his law license last week.

Actually, how not to

But what makes this interesting and not just another sad and creeptastic incident of abuse is that the lawyer is accused of hypnotizing them.

I had some doubts about the hypnosis claim to begin with, partly because one of the reports says that one woman claimed he had hypnotized her “over the phone,” which I didn’t know was possible but maybe it is. I’ve certainly experienced “missing time” after conference calls, so there’s that. But I was pretty much convinced by the gruesome details in the bar association’s “Emergency Motion for Immediate Interim Remedial Suspension,” one of the few documents in the matter that has not been sealed. (I’m not going to link to it in case they meant to seal it, but I am going to talk about it, obviously.)

Both women claim that after they hired the lawyer and began meeting with him, they began to suspect something other than privileged conversation was going on. They couldn’t remember large parts of the meetings, and one said she also started to notice certain physical symptoms and disheveled clothing afterward. That one went to the police, and also started recording her conversations with the lawyer. (It may seem odd that she kept interacting with him, but he was handling a child-custody case for her and so it’s plausible that she may have been reluctant to change lawyers in mid-stream.) She recorded one phone call that “began with a discussion about normal legal matters and then turned into questions about where [she] was and whether she was alone.”

Well … maybe he was just worried about preserving the attorney-client privilege?

Apparently not. “[He] then began to use ‘code’ words that induced [her] to enter a trance-like stage [sic].” He then made 12 transcript pages worth of highly explicit suggestions, which seems like a lot, and finally told her not to remember anything but the legal matters they discussed. “The conversation ends with a few pages of legitimate conversation about [the woman’s] case,” so I guess he could bill her for that part, at least.

After a second phone call that she also recorded, she went back to the police and they got a warrant. They wired her with a microphone and a camera, which they monitored from outside the building. So there is apparently a video of this guy putting his client into a trance and suggesting all manner of things, a video that an expert reviewed and said appeared to be a legitimate example of hypnosis. Again, it seems a little unlikely to me that you could be successfully hypnotized when you already suspect the person is a creep and you are wearing a wire and so forth, but this is apparently what the evidence shows. In any event, whatever else was going on, this guy was way over the line and so it is not too surprising that he did not even fight the disciplinary action.

In its motion, the bar association cited several prior cases in which someone had been prosecuted (which is also happening here) for taking advantage of someone under hypnosis. One involved a psychiatrist, one a physician’s assistant, and another one, oddly, a dentist. (“Well, I do feel a little sleepy, but don’t you normally use gas or something?”) I also could not find any prior cases like this involving an accused lawyer/hypnotist, so maybe there actually is something new under the sun for once.