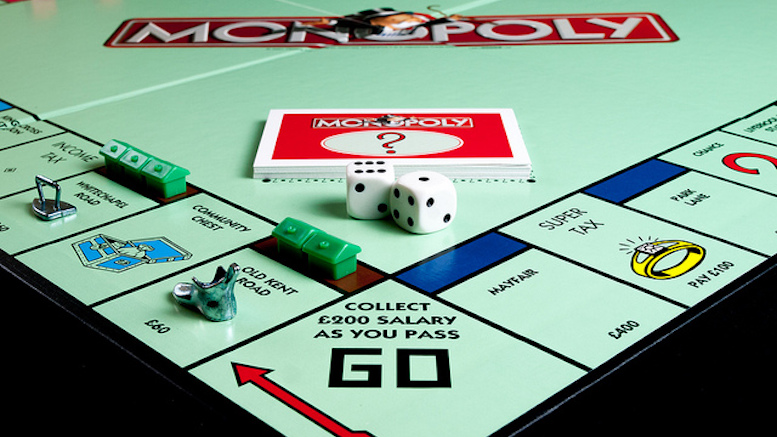 (Image: William Warby via flickr; the game itself belongs to Hasbro)

“Some people will head to jail and some will struggle to pay rent while others will trade real estate and get rich,” began a Branson Tri-Lakes News article dated October 9, 2010. That was the second year of the Ozark Mountain Monopoly Tournament, held as a fundraiser for a local community-service association. Oddly, they don’t seem to have written up this year’s event, at which part of that prediction came true.

According to several reports, a 69-year-old man was arrested on October 24 after he started a fight at this year’s iteration of the Monopoly tournament. Ironically, what set him off was apparently the event organizers’ decision to ask him to sit out this year due to “unsportsmanlike conduct” during the tournament last year.

I’ll be honest—I would be a lot happier right now if every reporter who mentioned this item had spent as much time providing details of the incident as they did making what I consider fairly obvious Monopoly jokes. Yes, I agree that he likely did not pass “Go,” let alone collect $200, but instead went directly to jail. I too doubt he has a “get out of jail free” card, and so will have to roll doubles to be released. And perhaps he has been railroaded. Yes. Fine. I used “go directly to jail” myself back in 2009 (which should have been GRTK #6, “Refused to Sell Park Place,” but for some reason wasn’t) so I can’t be too critical. I was plainly a little uncomfortable with that by 2011 (GRTK #19, “Cheated at Monopoly”), but now I see I started this thing with a “jail” reference, too. So okay, I’ve been there.

But you couldn’t ask about the “unsportsmanlike conduct” that got him banned in the first place? Or why he insisted on coming back? Or what he’s been doing in the meantime? There’s a story there, I know it.

Anyway, the man was booked on five counts of third-degree assault, trespassing, and disturbing the peace, and at last report was being held without bond. Denying bond seems a little extreme for a Monopoly brawl in which no one was seriously injured, but again, we don’t have the details, do we?

By the way, to the commenter on one local site who added “we have no snakes in town” to the list of bad Monopoly jokes, that’s not this game. I don’t know what it is.