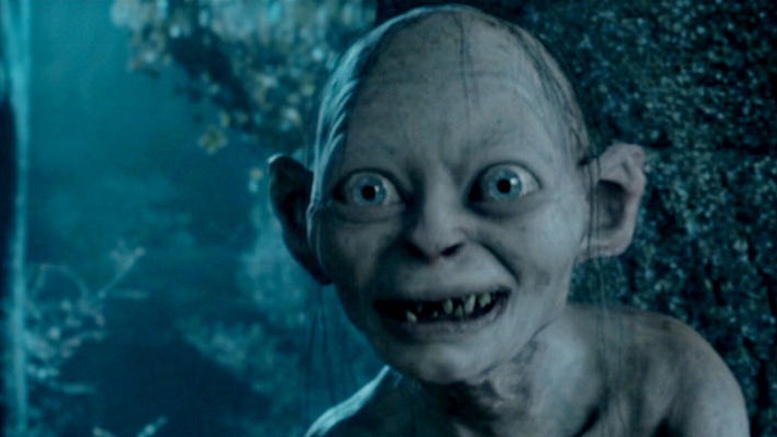 Few places on earth have hosted, or at least been trampled by, as many great civilizations as Anatolia. The Akkadians, Assyrians, Hittites, Neo-Hittites, Neo-Assyrians, Achaeans, Persians, Greeks, Romans, Byzantines, Arabs, Seljuks, Mongols, and Ottomans, for example, none of whom I just made up, all ran around doing stuff that probably seemed important at the time during 4,500 years of recorded history. Now, of course, Anatolia is the heart of the Republic of Turkey. These civilizations have also had many remarkable leaders, from whoever the guy was in Akkad (let’s call him Steve), to the founder of modern Turkey, Mustafa Kemal. I’m not using “great” and “remarkable” here as value judgments, of course, though certainly many of these civilizations and leaders have been truly admirable.

Some of the leaders, though, have been real dicks.

Currently entitled to both nouns is Turkey’s president, Recep Tayyip Erdoğan. As discussed in some detail by Sarah McLaughlin at Popehat (from whom I blatantly stole the fancy G), Erdoğan has become increasingly dickish and intolerant of criticism to the point where his administration is currently prosecuting someone—and this is actually true—for allegedly insulting Erdoğan by comparing him to Gollum in Lord of the Rings. 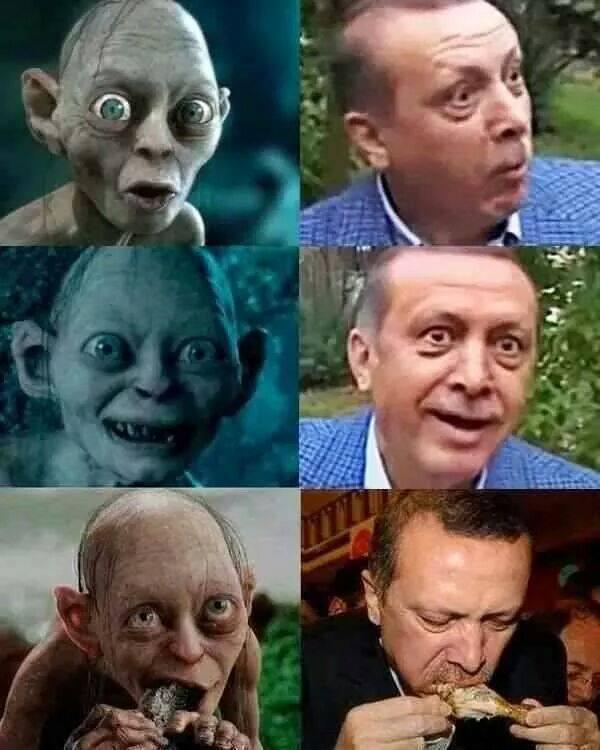 Dr. Bilgin Çiftçi (I got my own fancy Cs) is facing up to two years in prison for sharing the image above, in which Erdoğan (on the right) is juxtaposed with images of the film character doing allegedly similar things. Çiftçi has already been kicked out of Turkey’s Public Health Institute, and now is being prosecuted under a law that makes it illegal to defame the president. As Sarah points out, this is by no means unusual in Erdoğanian Turkey, where speech is not very free in general, let alone president-insulting speech. This particular prosecution, though, arguably is unusually stupid and ridiculous.

And it recently stopped even pretending otherwise, because after four hearings on the case, the court has now decided to empanel a group of experts to advise it on the question whether a comparison to Gollum is or is not insulting.

The main credit for this has to go to Çiftçi’s lawyer, who got the prosecutor and the judge to admit they had not even seen the LOTR movies, and has been arguing that a full understanding of the character will show the comparison is actually not an insult. This is ingenious, even if it is pretty obvious that the image above is, at a minimum, suggesting that Erdoğan is not an attractive man. We should look deeper, the argument goes. (One report says “Çiftçi claimed that Gollum was not a bad character and that he did not insult anyone.” My first reaction was: Well, he did say Sam was fat, but now I think “he” refers to Çiftçi.) And this is a great argument. As Sarah puts it:

Erdoğan should be grateful for the comparison. Gollum is a complex, tormented character whose struggle against himself elicits the reader’s pity, rather than hatred. Erdoğan is a president who throws tantrums because people tease him online…. In short, it’s not Erdoğan who is insulted by this comparison—it’s Gollum.

Well, Çiftçi’s lawyer probably shouldn’t put it quite that way, but the basic argument is valid. Gollum is a complex character who is both good and bad. He is a murderer, so unless Middle Earth has a statute of limitations on that and it’s longer than five hundred years or so, he’s still on the hook there. More recently he bit off a guy’s finger. But he was under the influence of the Ring at both times, and given that without him the quest would have failed and the world would have been completely overcome by darkness and evil, we might want to cut him some slack.

Even if he did save the world only because he tripped.

That’s just my opinion, though, and as noted the court is apparently putting together a panel of experts that will include “two academics, two behavioral scientists or psychologists and an expert on cinema and television productions.” I don’t think they have been named yet, and I look forward especially to seeing what sort of “behavioral scientist or psychologist” the court considers qualified to opine on the mental state of a fictional quasi-hobbit. (One of the academics has to be Prof. Corey Olsen, or this panel may have no credibility whatsoever.)

None of this should be necessary, of course, because in a free country one should be free to criticize the leadership however one likes. But Turkey is not free in this sense and hasn’t been for some time. In fact, it is still illegal to insult Mustafa Kemal, and he’s been dead since 1938. And as remarkable as he was—and in many ways he was pretty amazing—I don’t think he was big on free speech. I base this largely on the Hat Law of 1925, which as I’m sure you know required all men to wear only Western-style hats in public. (He was trying to modernize the country.) As Kaya Genç wrote in 2013:

Those who went hatless would be left alone, but if one wanted to wear a hat then one had to either wear the proposed model (and not the traditional turban or fez) or face the consequences, which could be as severe as the death penalty.

The death penalty for wearing the wrong hat! And, not surprisingly, “the hat quickly turned into a symbol” of political struggle between reformers and conservatives; “the opponents of the hat revolution were detained,” and dozens of people were actually executed for opposing the hat (or the government that advocated it, depending on who you ask). Genç wrote that “not wearing a proper hat” is still a criminal offense today (2013), though people don’t get hanged for it anymore.

Laws against insulting the president (living or dead) are more clearly aimed at suppressing political opposition, but are in the same reprehensible category. The LOTR experts might also want to point out that Sauron and his boss also didn’t much like being criticized, while Gandalf put up with all kinds of abuse. That says something about leadership too.