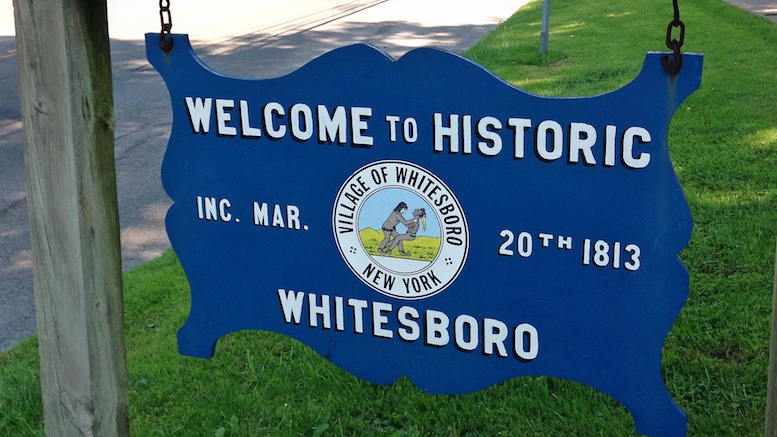 Welcome, and prepare yourself (image: AP) 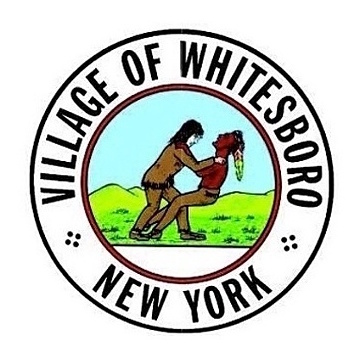 A lot of people really don’t like “and/or,” and I agree it shouldn’t be used much but it does seem useful sometimes. This is a good example. I mean, there’s no question that the seal used by Whitesboro, New York, is poorly drawn. This report says it was designed by a “local artist,” presumably then studying at a local middle school, in 1963. As you can see, it appears to depict two giants fighting in a swamp, one of whom might be Nigel Tufnel from Spinal Tap while the other has a jet engine firing out of the back of his head. But it was apparently based on an existing seal dating back to the 1800s, and if so then it was meant to depict some sort of encounter between the town’s founder, Hugh White, and a Native American.

The question is what kind of encounter it was. Depending on your answer to that question, you might believe the seal is poorly drawn, or that it is both poorly drawn and racist. This doesn’t exactly correspond to “and/or,” but that formulation is shorter than any alternatives I can think of, such as “poorly drawn and possibly racist.” I guess the problem is that we don’t have a single word that is a conjunction meaning the first thing is established and the second is disputed, so that both may be true or only the first. Do we? If not, can we make “andor” that word so that I can shut up about it?

People seem to have questioned the appropriateness of the 1963 seal starting almost immediately, on the grounds that it appeared to depict a white person (in fact, a person named White—the town’s founder, Hugh White) strangling a Native American. You may think it looks like that now, but originally it looked just like that; the village clerk said that in response to a complaint in the 1970s, “[t]he hands of Hugh White were moved farther down on the Native American’s body to make it look like [they were] more on his shoulders than on his neck….” So this is the less-questionable version of the seal.

According to the village historian, though, the seal in fact depicts “a friendly wrestling match” between Hugh White (1733-1812) and an unnamed member of the Oneida tribe, a contest that in fact “helped foster good relations between White and the Indians.” Supposedly, some Oneidas were hanging around one day and “at length for fun commenced wrestling.” The winner of their mini-tournament then challenged White:

White dared not risk being browbeaten by an Indian nor did he want to be called a coward…. [H]e concluded that even should he be thrown, that would be the lesser of two evils in the eyes of the Oneida Indians than to acquire the reputation of cowardice by declining. He accepted the challenge, took hold of the Indian and by a fortunate trip, succeeded almost instantly in throwing him. As he saw him falling, in order to prevent another challenge, he fell upon the Indian for an instant and it was some moments before he could rise. When the Indian finally rose, he shrugged his shoulders and was said to have muttered ‘UGH,’ you good fellow too much.” [Thus] Hugh White became a hero in the eyes of the Oneida Indians.

Well, one suspects that story may have been embellished, but it is not the kind of thing that is likely to be disproved. It appears that relations between the Oneida and white settlers were relatively good—the Oneida had taken the colonists’ side during the Revolutionary War (unlike the rest of the Iroquois Confederacy), which would seem to make the idea of friendly wrasslin’ matches more plausible. (It does seem a little suspicious that White “dared not be browbeaten by an Indian,” but who knows.) And although the whites of course ended up screwing over their former allies big-time, that doesn’t seem to have happened until after White was either dead or too old to successfully grapple with anybody. All of which at least suggests to me that the town was not likely to have prided itself on a talent for Indian strangulation andor to have sought to immortalize that in its logo.

Whether the thing currently sends the wrong message is a somewhat different question. The swastika symbol, for example, is super-old and only recently did evil people appropriate it and give it a different meaning. But it does have that meaning now, oh yes indeed. I doubt anybody in Whiteboro has actually intended for the seal to have a racist meaning, nor does this seem quite the same to me as insisting that your sports team continue to be named the “Redskins,” for example. I mean, seriously. But maybe a good compromise would be to keep the friendly-wrestling theme but have a professional artist redo the image to make it look a little less like a murder. For now, at least, they are keeping the current seal because a substantial majority of citizens voted to do that.

I couldn’t find anything about this on the Oneida Nation’s website or Twitter page, so maybe it has not taken an official position. Surely somebody has asked what they think? I did, via Twitter, so will let you know if they respond. If so, I might write back and suggest they designate someone for a rematch with the current mayor—winner picks the new seal. Seems appropriate to me.

One-Year Suspension for Lawyer Who Sought “Secretary With Benefits”