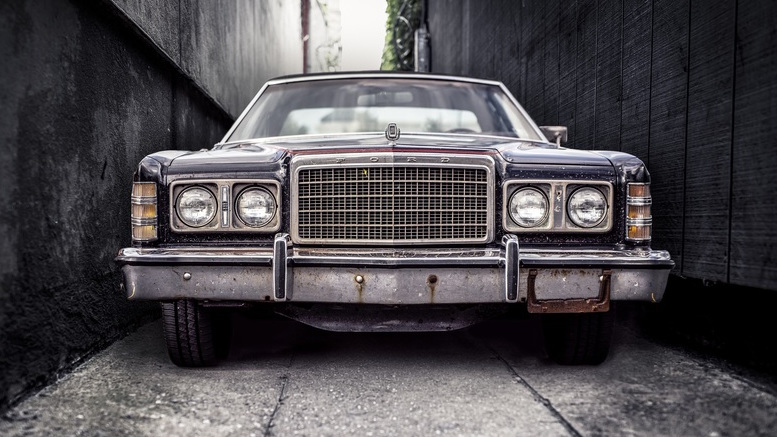 Assume there's somebody behind the wheel

That is, in front of the other person’s car, while they are in it. It just puts you in a very poor bargaining position, and that’s even before they hit the gas.

In this case, it is unclear whether the gentleman on the hood went there deliberately or only to avoid being run over as a result of his poor positioning. This report says he “jumped onto the hood” to start with, but in the clip the reporter says witnesses saw him standing in front of the car before the driver suddenly accelerated. I guess it doesn’t really matter, because either way, you’re on the hood, my friend.

For all we know, he’s still on it, because the reports end with “the white car heading east with the man still on the hood.” Police said they did not have enough information to follow up, because when you only have several witnesses and multiple videos of an incident, what can you do? “They’re both not very smart,” said a person quoted in the local report, and that may very well be true, but one was driving and one was riding on the hood, so I think that tells us something, at least.

I guess I’m posting this one because (1) I think a person stuck on the hood of a moving car is funny, and (2) this has happened before and yet people clearly haven’t gotten the message about where not to stand. See “TIP: If You’re Standing in Front of a Car, You Are in a Poor Negotiating Position,” Lowering the Bar (May 6, 2013). Frankly, that incident was much better just because we had more details—including a cellphone video taken by someone driving alongside, who also took the opportunity to have a conversation with the hood surfer, who is admirably calm, considering.

If you ever get the chance to have such a conversation, could you please ask, “Do you think it was a good idea to stand in front of the car?” I would appreciate it. It might make him mad, but what’s he going to do?

Good Reason to Kill #35: Missing Can of Shrimp