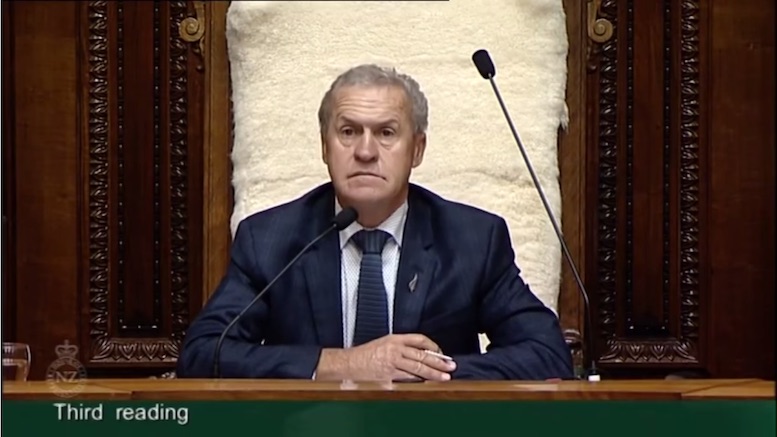 “[S]ome people will say it’s pretty strange to give a natural resource a legal personality,” said New Zealand’s Treaty Negotiations Minister, “but it’s no stranger than family trusts, or companies, or incorporated societies.” Well, it’s a little stranger than that, but I generally agree.

If corporations can have legal rights (and they do, especially the ones I represent), there’s no reason a society can’t give rights to any other non-human thing. It might or might not be a good idea, and people can and do argue about which rights a thing should have, if any. But the basic theory is fine, and not especially new.

So it is okay, in my view, that the Whanganui River in New Zealand is now legally considered a person.

This is the part where I regale you with my extensive knowledge of the historical background to this dispute, knowledge I gained just now on Wikipedia. A Dutch person “discovered” New Zealand in 1642 (it’s named after Zeeland). Turned out there were already people on it—Polynesians called the Māori—although they had “only” been there for maybe four hundred years at the time. If it seems surprising any place on Earth was uninhabited for that long, look at a map and think about how long it’d take you to paddle to New Zealand. (The answer turns out to be “about 3,000 years.”) The next European visitors were James Cook et al., in 1769. Later, after the usual chaos, warfare, and mass death from disease, the British ended up in charge. They did, as usual, sign a treaty with the natives, and, again as usual, “there is no consensus as to exactly what was agreed.” Over the last few decades in particular, there have been a number of disputes and apologies and settlement agreements. This is one of those.

Māori is an official language in New Zealand, which is why if you look at the bill the first thing you see is:

which I think just means “The Whanganui River Claims Settlement Act.” It’s longer in Māori, but also sounds significantly more awesome. It looks like the legislation itself is in English only, but the commentary is in both languages. So you could choose, for example, either:

We agree that this is a prudent course of action, and considered inserting a new clause to this effect. 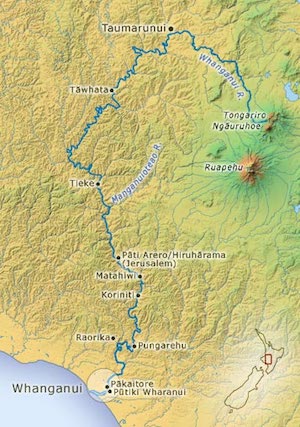 Anyway, the Whanganui, on the North Island, is the country’s longest navigable river. Most of it is now in a national park, and wow, is that gorgeous. But for several hundred years, it has been the home and eel-fishing grounds of several Māori tribes. According to the bill, it “has a long history of providing physical and spiritual support to Whanganui iwi,” the people of the area, and they have a long history of wanting more control over it.

The Settlement Act does that in the novel way of making the river a person and assigning it guardians. Sections 12 and 14 make it a legal person called “Te Awa Tupua”—not just the river but “all its physical and metaphysical elements”—and that it “has all the rights, powers, duties, and liabilities of a legal person.” Of course, a river can’t actually do anything except flow, and so the bill creates the office of “Te Pou Tupua” to act in its behalf.

This has two officials, one nominated by the iwi and one by the government. The only requirement seems to be that any nominee must have the “mana, skills, knowledge, and experience to achieve the purpose and perform the functions” of the office. The bill doesn’t define “mana,” but I guess you know it when you see it. I, at least, would fully support making “mana,” or maybe “mojo,” a requirement for nominees here in the U.S. (and maybe the “necessary mojo” should also be a requirement for presidents?). If senators were debating whether Gorsuch “had the mojo” to serve on the Supreme Court, I’d probably watch those hearings.

Those with sufficient mana etc. to serve are given the power to take legal action in the river’s name. The river (and the office) is an entity for tax purposes. It has trademark rights. To the extent the Crown owned a “fee simple estate” (you too can know what that is, if you go to law school) in the riverbed, it is now vested in Te Awa Tupua—so the river now owns itself again, sort of, except for certain listed rights. It looks like fishing rights aren’t affected, so the river can’t stop people from throwing hooks in it, which seems like an important right for a legal person to have. But again, the actual humans involved in all this can define the rights however they like.

The bill also contains a quite lengthy apology by the Crown for various things, which is nice, and declares that the legislation is a final settlement of all historical claims. We shall see.

Again, while this may be the first time a river has been declared to be a legal person, this is really no different than creating a thing called a “corporation,” giving it certain legal rights, and giving certain humans the right to act on its behalf. To some extent, obviously, there is a symbolic component to this bill, but that’s not a new thing for legislation, either. It appears to be a step forward in relations between the Māori and non-Māori, at least, and that can’t be a bad thing.

The Māori certainly seem happy about it in this parliamentary video, which I love for multiple reasons. First, it starts with a short statement in their language, so you can hear what it sounds like, at least when a white guy speaks it. Second, I love the contrast between the European parliamentary system, where they quietly and formally take care of business, and the response of the Māori in the gallery. The Speaker (who is, sadly, not wearing his feathered cape for this occasion) just says “the ayes have it,” and then, after a pause, “I understand there is to be a waiata.” And then there is a waiata, which is a traditional and in this case very lengthy Māori song. This isn’t the “haka” where warriors make scary faces, but there is a big bald guy waving a club. So that’s cool.

Again, I would watch a lot more Congressional hearings if they concluded with somebody saying, “I understand there is to be a waiata,” and then there was in fact a waiata. It doesn’t have to be ten minutes long, necessarily, but still.