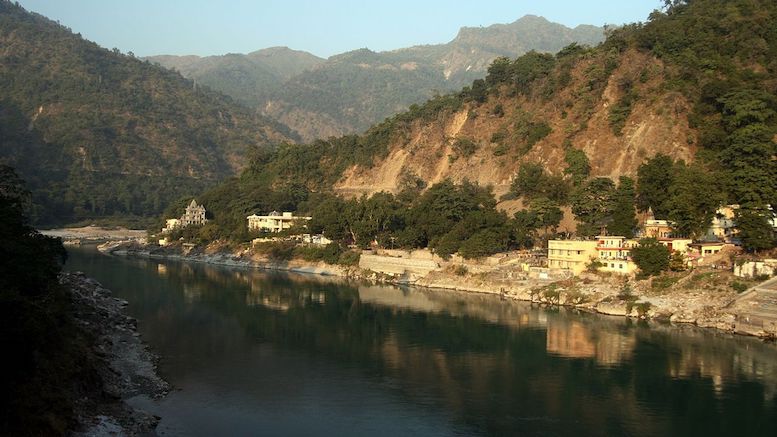 The Ganges, a part that looks nice (image: Fred Hsu via Flickr)

Just days after New Zealand declared the Whanganui River a legal person, the world’s population of river people (not people who live on the river, but rivers who are people) tripled, when a court in India waved its judicial wand and transformed the Ganges and Yamuna rivers:

[T]he Rivers Ganga [Ganges] and Yamuna, all their tributaries, streams, every natural water flowing with flow continuously or intermittently of these rivers, are declared as juristic/legal persons/living entities having the status of a legal person with all corresponding rights, duties and liabilities of a living person ….

According to The Guardian, unlike the New Zealand dispute, this one arose out of official frustration that the relevant state governments weren’t cooperating with federal efforts to clean up the rivers. The Ganges in particular looks nice in the picture above—that’s why I chose that picture—but much of it is frighteningly nasty. This is despite, and I guess also because of, the fact that it is sacred to Hindus. This increases the number of people who bathe in it and have their ashes scattered on it (if they aren’t just floated down it when the time comes), but because the river is over 2,500 kilometers/1,500 miles long and flows through some of the most heavily populated areas in the world, there would be a lot of people doing that anyway. Add in the runoff from agriculture, the excretions of industry, and just good old sewage (treated and untreated), and let’s just say the further upstream you are, the better.

The Yamuna, which as you can see is a tributary of the Ganges, may be even worse. 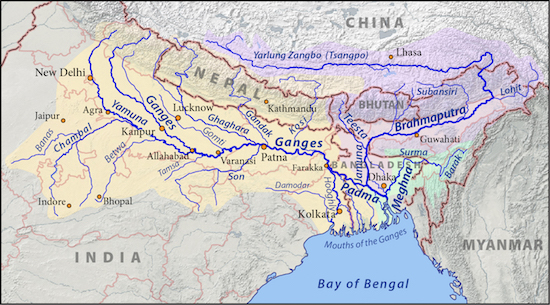 A bunch of rivers, but only two people (image: Pfly on Wikipedia)

Whatever Uttarakhand and Uttar Pradesh have been doing to clean them up is, according to the court, not enough. In fact, the manner in which they have acted has caused the court “serious displeasure” and amounts to “a sign of non-governance,” it said, which isn’t good, since the defendants are governments. The court ordered the states to cooperate with the federal government in “a right earnest manner” by appointing members to the river-management board like they’re supposed to do.

That only takes a few pages, though, and as you know if you’ve been paying attention, Indian courts are not known for being succinct. See, e.g., “Luxuriate in the Octopoid Embrace of These Legal Postulations” (Feb. 15, 2017). This opinion does not compare to the Supreme Court’s supremely elaborate locutions in that case, but the court does launch into a fairly long (and I think unnecessary) explanation of why the situation is so extraordinary that it is about to give birth to two legal people.

Both rivers, it begins, are worshipped by Hindus; they are “very sacred and revered” and have been so since ancient times. So far, so good. Then, this:

In 1969 (1) SCC 555 their Lordships of Hon. Supreme Court in ‘Yogendra Nath Naskar v. Commmission of Income-Tax, Calcutta‘ have held that a Hindu idol is a juristic entity capable of holding property and of being taxed through its Shebaits [managers] who are entrusted with the possession and management of its property.

Could have used a transition sentence there, maybe, but clearly the court is starting to lay out the precedent in Indian law for treating a thing as a legal person. Obviously, Hindu idols have been treated that way in the past, and as the court points out, this is basically the same as saying a temple (or, in English law, a church) has corporate status. But it is more fun to think of the idol itself as being the legal person, so I am going to do that. Especially since this sometimes overlaps with the idea that the legal person is actually the deity represented by the idol:

Ram Jankijee Deities v. State of Bihar, 1999 (5) SCC 50 (emphasis added); see also “Lord Hanuman Gets Another Court Summons,” Lowering the Bar (Feb. 25, 2016) (noting that—like Americans—Indians occasionally sue their deities but have trouble serving them with process). The court even cites a 1972 case holding that a deity could sue in forma pauperis:

To my mind when an incorporated limited company has been held by this Court capable of suing as a pauper, a fortiori it follows that a deity can also sue as a pauper…. The court below thus was in error in rejecting the application of the deity for that reason.

That is, the trial judge shouldn’t have dismissed the deity’s case just because it couldn’t afford court fees.

But as we discussed when talking about the Whanganui River, the point is that a society can, if it wants, create a legal “person” and give it various legal rights and/or obligations if doing that is convenient for some reason. Could be a church, a statue, an animal, a mountain, the googly-eyed crystal skull over there on my shelf, or even something that doesn’t exist at all, like a corporation. An actual human person still has to act on its behalf, of course, but there’s no reason that can’t be arranged. Same for rivers.

But I guess that means rivers need lawyers, so I shouldn’t complain.

Guest-Blogging at The Volokh Conspiracy

Prosecution Winding Down in Blagojevich Trial