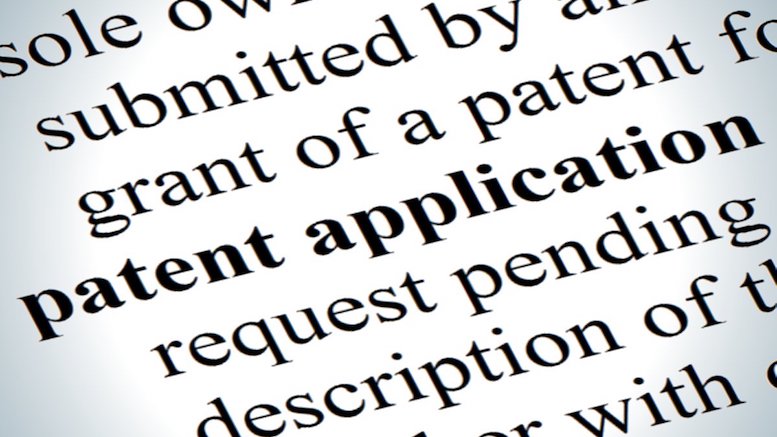 “Pretty sure stank is patented,” my friend Amy (who is also a lawyer) wrote in an email the other day, probably not realizing I would take that statement as a challenge (but possibly realizing I would).

As is so often the case, first we have to define our terms, and as usual that means I am off to the OED instead of whatever I’m supposed to be reading—more specifically, the stuff I actually get paid to read.

“Stank,” of course, as a noun, is Scottish for “pond or pool,” also “a ditch … of slowly moving water, a moat.” See, e.g. J. Fastolf, Paston Lett. & Papers (1450) (“Ser John Buk physshed my stankys at Dedham and holp brake my damme,” which sounds dirty but isn’t); Chaucer, Parson’s Tale 841 (1386) (describing Hell as “a stank brennynge of fyr and of Brymston”). The word can also mean a dam or floodgate; that is, the structure that creates a stank.

Reading on, I see there are other meanings of “stank,” which seem to have arisen much more recently.

For example, beginning in the 1970s, according to the OED, some U.S. persons began to use the adjective “stanky” to describe things with an unpleasant smell, the usage probably deriving from a “colloquial pronunciation of ‘stinky.'” See, e.g., Jrnl. Amer. Folklore 85:139 (1972) (“The mummy was so long and lanky, and so motherf*cken stanky.”) This was, for whatever reason, later co-opted by the world of popular music to mean something that was “passionate, forceful and uncompromising in style or performance; having a driving beat or rhythm; extremely funky.” See, e.g., Option (Mar. 1993) (stating that James Brown and George Clinton “plumbed the stankiest depths of funk”); URB (Dec. 1996) (opining that “[a] stanky bass groove levels your body with supreme boombasticness”).

During roughly the same time period, “stanky” evolved into the noun form, “stank,” used to mean the unpleasant smell itself, or, in the second sense described above, the thing one might add to something else in order to create the desired stanky quality. See, e.g., New York Times (Sept. 2000) (“Mr. Porter … asks if he might funk it up a bit. ‘Put a stank on it'”); Mixmag (Oct. 2011) (“Osiris boasted two bass players for extra stank.”).1

Now that we know what stank is, we can try to determine whether it has been patented. We should start by asking whether “stank” could be patented. Well, under U.S. law, only a “new and useful process, machine, manufacture, or composition of matter, or any new and useful improvement thereof,” can be patented. It has to be something tangible, not an abstract idea, suggestion or theory. A musical stank, therefore, could not be patented, no matter how boombastic.

But what about the other kind of stank? What if y

ou’ve developed an especially notable stank and would like to patent that? Can you patent an odor? Well . . . yes. An odor may seem intangible (or not, depending on who you’re trapped in the elevator with), but it is a property of matter. There is a specific patent classification for “perfume compositions,” and as the New York Times reported in 2008, inventors can and have patented previously unknown scent molecules. “There are no new colors to see and very few new sounds,” the Times quoted an expert as saying, “but we are actually creating new, unique smells no one has ever smelled before.” Or so he believes, never having been on a camping trip with my uncle.

Actually, the smells mentioned by the Times were said to be pleasant, but as I was informed by Clint Newton, a partner in our firm’s intellectual-property group, there is no reason a patentable smell would have to be pleasant. (He then informed me he would no longer be taking my calls.) Could an unpleasant smell be useful? Yep. That’s why you can smell natural gas if a line breaks—the gas doesn’t have a smell, so they add mercaptan, which stinks. I guess I can’t really think of another situation in which that’d be useful, or a reason to come up with another bad odor. But legally, such a thing could be patented.

But has one been? Well, really comprehensive patent searches cost money, and like I said, Clint is no longer taking my calls. If you run “stank” through the US PTO search engine, you get 220 hits, but as far as I could tell, these all resulted from some misreading of the word “tank” or because the patent cited an inventor with the unfortunate name of “Stank.” Stank itself I could not find. So unless and until Amy comes up with evidence to the contrary, I’m going to say her guess that “stank is patented” was wrong.

There is yet a further twist, though. As it happens, Amy was referring not just to some random stank, but to “pork stank,” which according to the internet is a mixture of spices used as a rub when barbecuing pork:

Why was she referring to pork stank? Long story. Could this stank be patented? Well, I think the answer is yes. It’s a “composition of matter,” and I found lots of patents related to some form of seasoning or another, like No. 9,622,501, a replacement for “salted rice malt.” It would have to be sufficiently novel, and there is certainly more than one supplier of “pork stank” out there already, but assuming a pork-stank inventor could get over that hurdle, fine.

But with the term “pork stank,” at least when capitalized as above, more likely we’re talking about trademark protection, not a patent. You could, of course, trademark the term “Pork Stank”—but that’s not what you care about, is it? You want to know whether you could trademark a smell, pork-related or otherwise. Well, again, the answer is yes. It’s not easy, but (as Clint confirmed, when pestered) a smell can be trademarked, and there are in fact about a dozen “scent marks.” The one you are most likely to have smelled, without knowing it, is the “flowery musk” scent Verizon successfully registered in 2014. (If you think its stores have a distinctive smell, you’re not wrong.) The difficulty, though, is that not just any stank would do—to be trademarked, it’d have to be not just distinctive, but so distinctive that it has come to be associated with your particular product.

If you’ve got one like that, Clint could probably help you get it trademarked. (You probably shouldn’t mention my name, though.)

1There is, it appears, yet another meaning of “stank” that is not relevant here and that I choose not to address.

“At First Blush, It’s a Lot of Money”

Would the Last Civil Right in America Please Remember to Close the Door on Its Way Out?

TSA Has Objected to Lightsabers Before

ABA Demotes Gonzales from “Lawyer” to “Newsmaker” of the Year