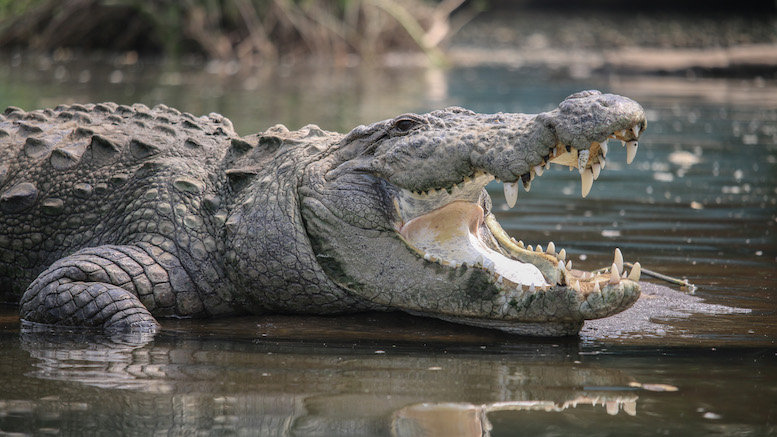 Australians voted last week to legalize same-sex marriage, something to which Bob Katter has long been opposed. In this clip shown on ABC recently, Katter starts off sounding like he’s graciously accepting the result of the vote, but it doesn’t take long before he explains where his true priorities lie.

For those Americans who (like me) have had some trouble with the Queensland accent, I’ll translate his first two sentences here: “I mean, y’know, people are entitled to their sexual proclivities. Let there be—a thousand blossoms bloom, as far as I’m concerned.” You’ll get the rest of it.

As we discussed recently, there is a crocodile problem in Queensland, but it’s not quite as bad as Katter claims. According to Queensland’s Crocodile Ministry (okay, the Department of Environment and Heritage Protection), there have been 11 fatal attacks there since 1985, an average of one every three years, so Bob was off by a factor of 12. More importantly, if you go swimming in Queensland, you’re more likely to drown than you are to be killed by a croc, or to be hit by a cruise ship hosting a same-sex marriage, to compare it to a risk Bob is probably more concerned about.

Of course, the odds of a croc attack go up significantly if you goof around in a crocodile trap, but that’s just evolution trying to do its job.

I Am Also the Father of Anna Nicole Smith’s Baby

So Long, Guy Who Refused to Marry Interracial Couple