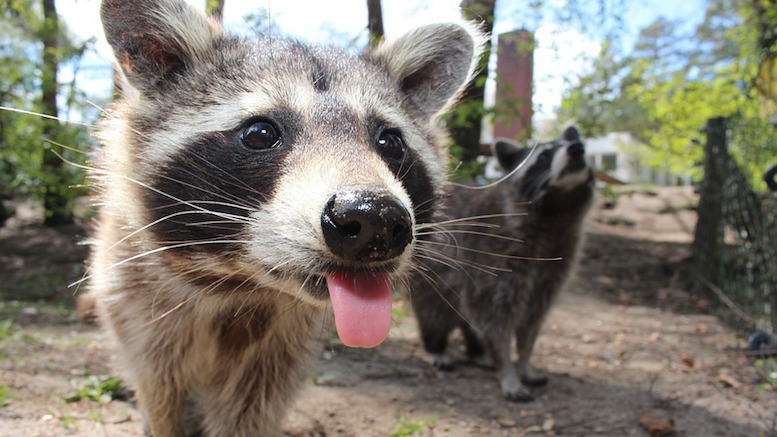 I would advise raccoons to be more polite in Virginia

Until July 1 of this year, it was illegal in Virginia to kill raccoons on Sunday except between the hours of midnight and 2 AM, a window presumably intended to allow some leeway for those late-Saturday-night raccoon hunts to finish up). But a recent bill amended this law to remove that limitation, meaning that it is now legal to kill that particular varmint all day long.

This is just the latest in the series of important legislative updates you receive from this website.

Under Section 29.1-521 of the Virginia Code, it is generally unlawful to “hunt or kill any wild bird or wild animal, including any nuisance species, with a gun, firearm, or other weapon, or to hunt or kill any deer or bear with a gun, firearm, or other weapon with the aid or assistance of dogs, on Sunday.” There are three specific exceptions: one for raccoons; one for certain birds in certain areas not within 200 yards of a church; and one for wild animals on the landowner’s own property, again provided the killing is not done within 200 yards of a church. Previously, the statute provided that raccoons “may be hunted until 2:00 a.m. on Sunday mornings,” but H239 eliminated that restriction.

For some reason, only raccoons can find no sanctuary within 200 yards of a place of worship.

The first of your many questions may be: why Sunday? Or maybe not, because the answer is fairly obvious: God. According to the National Conference of State Legislatures, Virginia is one of 11 states that restrict or ban hunting on Sunday—all of which, it turns out, were part of the original 13 colonies. And most sources say these bans are a remnant of once-common “blue laws” that prohibited various things on Sunday for religious reasons. Not just hunting, but drinking, traveling, sports, and most other fun things, as well as business activities (some or all), have been banned at one time or another. Such laws still exist in the U.S.—according to Wikipedia, for example, it’s still illegal in 13 states to buy or sell a car on Sunday. The Supreme Court of Canada declared the “Lord’s Day Act” unconstitutional in 1985, but the U.S. Supreme Court has generally upheld such laws against First Amendment challenges on the grounds that they also have a secular purpose (a day of rest).

A tougher question may be: why raccoons? Well, while raccoons are not technically a “nuisance species” (unlike, e.g., coyotes, crows, or “feral swine”), they are on this somewhat broader list of “nuisance and problem wildlife” that Virginia maintains. The major problem identified is the raccoon’s “ability to invade houses or trashcans,” but as shown above it is already legal to kill a wild animal on your own property, as long as you respect the 200-yard church exclusion zone. Raccoons appear to be the only fur-bearing animal that the Lord or at least the legislature encourages killing on the Sabbath itself.

They can certainly be a problem, not just because they get into things but because they can be aggressive and can also carry rabies. And it may also be that there are just a sh*tload of them out there running around, especially these days. According to Wikipedia, there was something of a raccoon “population explosion” between the 1940s and 1980s, during which they multiplied by a factor of 15 to 20. As an example of what can happen, there apparently were no wild raccoons in Germany (they’re native to America) until the 20th century. Two pairs were purposely released in western Germany in 1934, and a group of 25 escaped into eastern Germany in 1945 after an air strike (!). By 2012, the raccoon population was estimated at over one million. See Matthias Schulz, “Germany Overrun by Hordes of Masked Omnivores,” Spiegel Online (Aug. 3, 2012) (objecting to an article in a British paper claiming that the German raccoons had spread through the Low Countries toward Britain like a “furry blitzkrieg”).

Facts about the raccoon population of Virginia were harder to find, but it’s surely large and increasing there, too. That could certainly explain an increase in the bag limit, for example, or an extended raccoon season, but it’s still not clear to me why only the raccoon has been partially, and is now fully, exempt from the Sunday hunting ban in particular.

Maybe they look more evil because they wear those little masks?