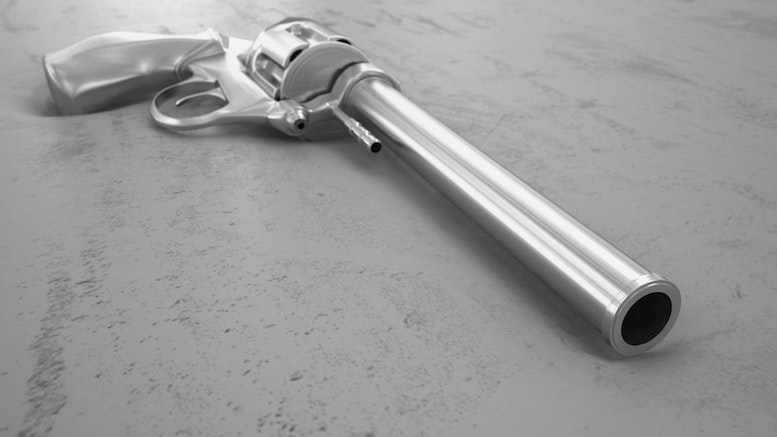 In the interest of fair and balanced coverage, I wanted to let you know that there’s something that Donald J. Trump for President, Inc., has been found not liable for doing.

Hint: it’s not “getting Donald J. Trump elected President.” There’s no question it’s guilty of that. But a few days ago, the Court of Appeals of North Carolina held that the campaign was not liable for the actions of Earl Phillip, director of the campaign’s effort in that state. According to the plaintiff, who was a member of the campaign’s IT staff, Mr. Phillip frequently carried a pistol while on duty. He had a permit, so that’s fine (though I would guess it’s not that common for campaign directors to be armed?). But the plaintiff alleges Phillip had a tendency to threaten people with it, and that would not be fine.

Plaintiff alleged that Phillip and Roscoe engaged in various unpleasant activities together, and again I’m not just talking about trying to get Donald J. Trump elected President. For example, in February 2016, Plaintiff said, he was riding with Phillip to a campaign event, and while driving, “Phillip allegedly held his pistol against Plaintiff’s knee with his finger on the trigger.” You sure do get the sense there’s a lot more to that story, but that’s all the opinion gives us. Anyway, Plaintiff sued Phillip and the campaign. While the campaign didn’t point any guns at him, Plaintiff claimed it was responsible for Phillip and Roscoe’s actions either because they were employees of the campaign, or because it negligently hired them.

Amusingly, the campaign argued that the case should have been before the state’s workers’ compensation commission instead of the court because Plaintiff’s alleged injuries arose “out of and in the course of [his] employment.” But the court decided that “[t]he risk of being intentionally assaulted at gunpoint by a coworker is not one which a reasonable person would have contemplated when accepting an information technology job on a presidential campaign.” That seems like the right answer, even under the circumstances.

There’s also a pretty good couple of paragraphs where the court discusses the negligent-hiring claim, in which Plaintiff argued the campaign knew about “Phillip’s prior incidents involving Roscoe, his pistol,” but hired them anyway. While we again get far fewer details than I would have liked, it is amusing that the court repeatedly referred to Roscoe by name when discussing the incidents, such as, “while working for the North Carolina [GOP] in 2013, Phillip angrily demanded a coworker get into his vehicle while brandishing Roscoe.” Ultimately, though, the court found the campaign wasn’t liable because the evidence didn’t show anyone in a management position actually knew about Phillips’s alleged history of erratic behavior.

Not that a history of erratic behavior was likely to disqualify anybody from the Trump campaign, but there was no evidence it knew about Roscoe.

You may peruse the opinion below.