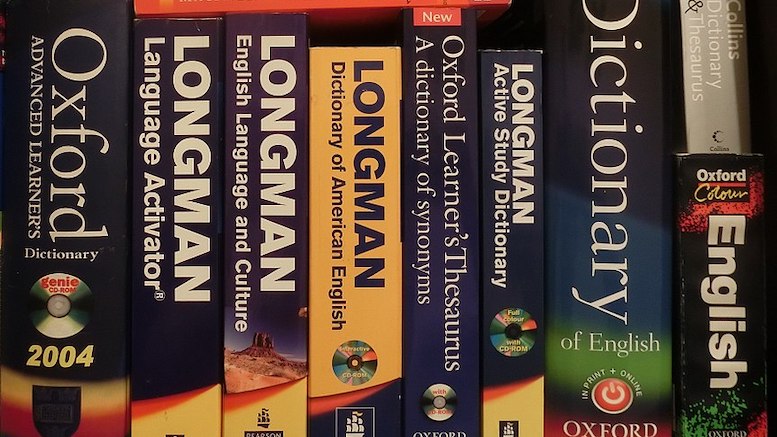 Actually, you won't find the answer in any of these (image: Alborzagros on Wikipedia)

I think not, and here are three reasons why.

According to the OED, “succubus” means “[a] demon in female form supposed to have carnal intercourse [and not in a good way] with men in their sleep (Cf. incubus).” It is said to derive from the Latin succubare, meaning “strumpet” (literally, “one who lies under”). Eventually the term slithered into middle English, as in this example the OED dates to 1387: “That fend þat gooþ a nyȝt, Wommen wel ofte to begile, Incubus hatte be ryȝt; And gileþ men oþer while, Succubus is þat wight.” And whatever that means, it doesn’t sound complimentary.

Partly for that reason, probably, it is not a word that comes up often in the practice of law. In fact, according to Westlaw, before February 28 it had appeared in only four judicial opinions: one involving insanity, two involving pornography, and one involving a serial killer. I found it in five briefs: three in those same categories, one filed in a copyright case involving Stephen King, and one remarkable petition for review by a lawyer arguing that his own conduct at trial had been so outrageous (such as calling opposing counsel a “bottom-feeding succubus”) that the trial judge became biased against him and should have recused himself.

So it’s really not all that useful to begin with. And given the etymology, it is clearly disrespectful and should not be used to describe anyone, much less a judge.

This too should be relatively obvious from the definition.

And this is what the California Court of Appeal was especially upset about in this February 28 decision. Because, you see, an attorney did use the word—or something similar, anyway—to describe a female judge. That got him reported to the state bar for “manifesting gender bias,” as well as claiming without evidence that the trial court intentionally refused to follow the law. This would appear to be a case of a frustrated attorney losing all perspective, making it a pretty good candidate for a post here.

According to the opinion, the attorney represented the plaintiff in an employment case in Orange County. After four years of litigation, some of the claims went to trial, where the plaintiff—having asked for $500,000—got only $8,000. He then filed a motion for attorney’s fees seeking $146,634. Noting the large discrepancy between what he wanted and what his client had gotten, as well as evidence he had “overlitigated” the case and possibly overbilled it (he recorded more than 15 hours of work on multiple days and, on one especially busy day, 25 hours), the judge denied the fee motion. The lawyer appealed that order.

In his notice of appeal—a document that only needs to say you are appealing and what order you’re appealing from—he also said this:

Yikes. As you can see, in addition to that remarkably bad sentence in the middle, the notice also describes the court’s order as “disgraceful” and suggests it deliberately failed to send him notice of the judgment, hoping to avoid an appeal. That alone might have gotten him sanctioned, but comparing the female judge to a “succubus” pretty much guaranteed it. (Given the facts of the case, the term “pseudohermaphroditic misconduct” is probably also evidence of bias, but it’s also just kind of weird.)

Nor can this be explained as an angry but brief overreaction to the loss (not that anger is a very good explanation). Because while he didn’t compare anyone to a demon in his opening brief, he was openly disrespectful to not one, but three judges that had presided over various parts of the case. All three supposedly acted as “advocates,” not judges. He said one had “abdicated” in advance of his retirement; he described rulings as “mindless” and “plainly indefensible”; and he suggested the third judge denied his motion not on the merits but because she was mad he insulted one of the other judges. Or, as he put it,

The lower court abandoned any interest in utilizing detached legal analysis. Rather, she had decided that the penalty for insulting one of the Orange County Superior Court’s historically well-regarded judges was death and that her death sentence would be carried out by a wholesale, advocacy-based denial of all compensation.

Actually, she seems to have decided he didn’t deserve to get paid for a case that after four years of overlitigation resulted in only $8,000 for his client, a result she called “spectacularly unsuccessful.” And what about that 25-hour day? “The legal basis for the lower court’s ruling on overbilling was premised on nitpicky complaints about alleged overbilling,” he wrote. “Whatever.”

AlvaradoSmith‘s brief for the respondent discusses more of the above, and is a rare example of a brief where it does make some sense to focus in part on opposing counsel’s actions. In fact, that fit the overall theme that the plaintiff’s lawyer had just gone way overboard on a case that had never been worth very much, certainly not once class certification was denied, and so he did not deserve an award of fees the defendant would have to pay.

While the reply brief is arguably a little less insulting than the opener, it persists with the whole “judicial advocacy” theme. Probably all you need is the opening sentence, which goes like this: “As a nation, we have spent 250 years to date building this remarkable system of human governance called the Rule of Law.” Dude, you got a fee motion denied in an employment case. It’s not Marbury v. Madison. (That paragraph ends, “The first great effort to have a Rule of Law society etched the 1500-year Roman empire into a reputation as the most tolerant and successful society in history,” and I’m not even sure where to start with that one.)

Again, those two reasons were enough for the Court of Appeal, but I’ve got one more.

My Westlaw search also showed that the word “succubustic” had never before been used in the U.S. legal system until this case. That makes sense, because (1) “succubus” is rare to begin with, and (2) the adjective form isn’t “succubustic.” It is “succubine”: 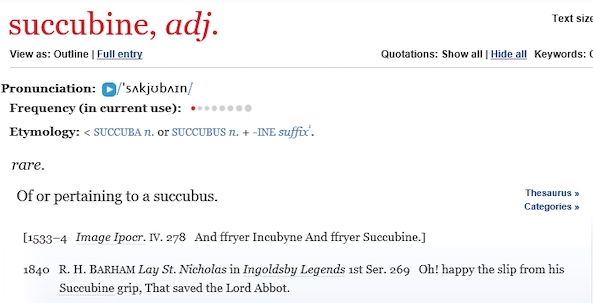 Man, if you’re going to use a word to insult a judge, at least make sure it’s a real word. I mean, that’s just embarrassing.

UPDATE: In February 2022, the State Bar Court held that using the term “succubustic” would not give rise to discipline because it was the sort of “rhetorical hyperbole” protected by the First Amendment. It dismissed that charge, but not the ones involving the attorney’s claims that the judge had intentionally refused to follow the law, claims it believed were unfounded. The California Supreme Court will have to rule on the disciplinary recommendations.