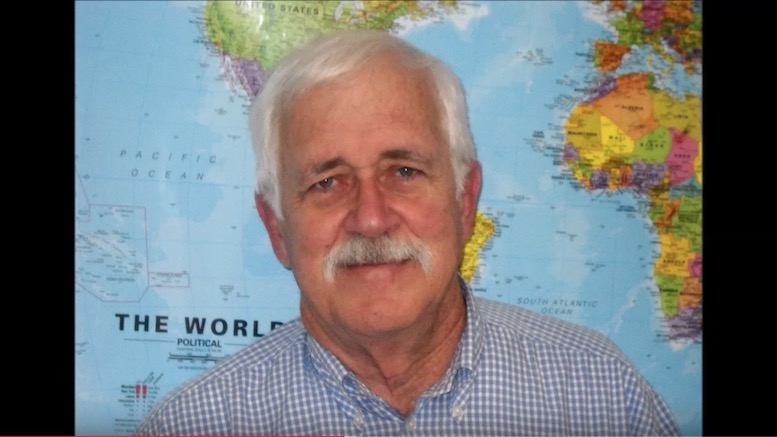 Like other “sovereign citizens,” Winston Shrout does not recognize the authority of the so-called “federal government.” But for better or worse, it does have authority, as evidenced by the fact that Shrout is currently fleeing from it.

As you may perhaps recall, Shrout is one of the better known representatives of the sovereign-citizen movement, partly because he somehow got people to pay him to give seminars explaining why one need not pay taxes due to certain irregularities in Ohio’s admission to the Union in 1803, among other good reasons like that one. He himself had not paid taxes for something like 20 years, despite earning upwards of $100,000 a year (at least from 2009–2014) from his various tax-avoidance-related activities.

As you may also perhaps recall, this nonsense finally caught up with him a couple of years ago. See “Sovereign Citizen Convinces Jury He Is Innocent of No Charges,” Lowering the Bar (May 2, 2017). As a result, Shrout would be going directly to jail, I wrote, following his sentencing hearing that August. That was a Monopoly joke, which is bad enough, frankly, but it also turned out to be not true.

It was optimistic, first, because Shrout managed to put off the sentencing hearing for more than a year. (Remarkably, he continued to advertise his seminars during this time, presumably failing to disclose that he was a convicted felon.)  When it did finally happen, in October 2018, Judge Robert E. Jones sentenced him to 10 years in prison. Further delays followed, as Shrout’s lawyer argued that his client should not be taken into custody pending appeal because he was unlikely to flee. But Shrout was finally ordered to report in March.

FYI, being a fugitive is usually not helpful to one’s position on appeal, as the feds pointed out in a “Motion to Dismiss Appeal of Fugitive Defendant.” Under the “fugitive disentitlement doctrine,” which the government steadfastly refuses to hyphenate, a court can and usually will dismiss the appeal of one who goes on the lam while appealing. Flight is “inconsistent with the pursuit of judicial remedies,” as the case law puts it, and is treated as a voluntary waiver of the appeal. This doctrine has several purposes, the government noted, among them deterrence of flight and the advancement of an “efficient, dignified appellate practice,” I guess meaning that it’s not efficient if they can’t find you and not dignified if your lawyer can’t answer questions about where you are.

The Ninth Circuit granted this motion in May, but provided that the appeal would be reinstated if Shrout surrendered within the next month or so. According to the Federal Bureau of Prisons, he is currently “NOT IN CUSTODY,” so I take it that did not happen.

I was reminded of Shrout recently because a reader emailed me to ask about Dr. Ray C. Dam, a name that seemed likely to be an anagram for something but is too short to generate good ones, and that has also been attached to a person with whom Shrout has been associated (as mentioned in the 2017 article). As I told the reader, it doesn’t take too much searching to find reasons to be wary of requests for money coming from Dr. Ray C. Dam, and being associated with Winston Shrout does not bolster anyone’s reputation.

For all I know, they could be the same person. If you see either or both, you might want to call the FBI.

UPDATE UPDATE: Shrout was captured about three weeks after this was first posted, and as a result he will be residing at the Terminal Island Federal Correctional Institute until May 2028 (unless something changes).