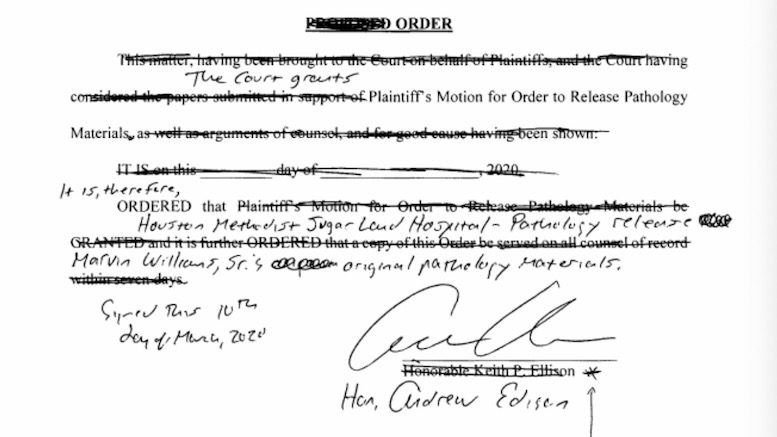 This order, which was entered earlier this week in the Southern District of Texas, offers at least two lessons.

First, in general you should try to use the fewest words necessary to accomplish your goal. The judge’s edits cut the proposed order from 86 to just 29 words (not counting the title and signature block), and, not coincidentally, made it clearer and much more direct than the original.

Second, in general you should try to get the judge’s name right.

Here the drafters didn’t misspell the judge’s name or something like that—they just put the wrong judge’s name on the signature line. It should have been prepared for the signature of U.S. Magistrate Judge Andrew Edison, as Judge Edison clarified in this note:

Court: Lawyer Who Gave Himself Award Can’t Sue People Who Reported He Did That