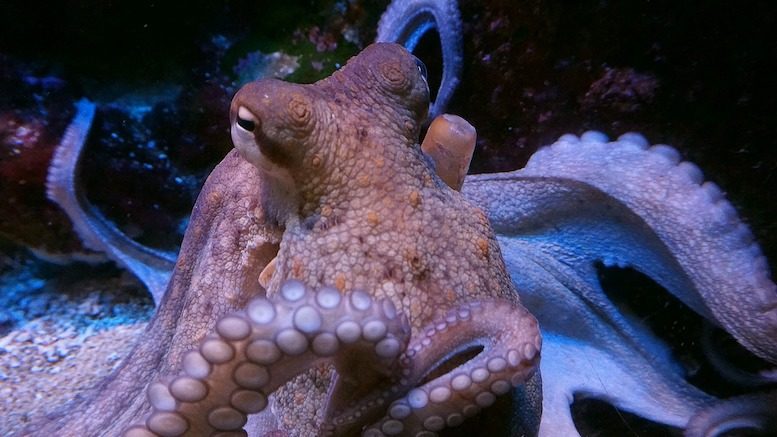 Leave the octopus out of it

“As our court has previously explained,” the Sixth Circuit wrote on July 23, “there are good reasons not to disparage your opponent, especially in court filings.” I too have explained this, repeatedly. See, e.g., “Perhaps Some of the Language ‘Crossed the Line’ of Civility” (Dec. 9, 2019). But no matter how many times I and/or the Sixth Circuit make this point, lawyers continue to do it.

A further point is that if, for whatever reason, you want to maximize the notoriety you gain for doing this, you should try to be creative. This won’t increase your chance of winning, but then if you had any chance of winning to start with, you probably wouldn’t be wasting words disparaging your opponent. In Bearden v. Ballad Health, the plaintiffs’ counsel was quite creative. The problem, the court held, was that “counsel’s colorful insults do nothing to show that his clients have standing to bring this lawsuit.” Case dismissed.

The facts of the case are interesting, if the phrase “allegedly created an interlocking directorate in violation of the Clayton Antitrust Act” is the kind of thing that interests you. The short version is that the plaintiffs were unhappy with two healthcare companies that had merged, and with associated individuals, who the plaintiffs alleged were all part of a conspiracy to … well, do something not to plaintiffs’ liking. That was the problem: the district court dismissed because it found the plaintiffs hadn’t explained how they were harmed by the alleged acts. This was a problem because, in general, you aren’t allowed to sue unless you’ve been harmed somehow, shocking as that may seem. The court gave the plaintiffs another chance, but the amended complaint was no better (despite being four times as long). Plaintiffs still had not explained how they personally had been (or soon would be) harmed by the merger they were complaining about.

Plaintiffs did make clear that they thought it was bad, though. How bad? Well, the plaintiffs alleged:

So, pretty bad? The “octopus” reference wasn’t new, the Sixth Circuit pointed out. Plaintiffs had used it in an earlier brief, along with other unflattering (and mixed) animal metaphors:

Now, there is a glimmer of creativity here, or at least I like the phrase “the green fairways of indifference.” And metaphors have their place, but they only work if you use a light touch, which pretty much rules out metaphors involving Sodom, Gomorrah, or Adolf Hitler. The overblown language in a couple of these (“putrid pool of purple ink”) reminds me just a little of the Indian Supreme Court’s work, though in reality it bears only the faintest resemblance to the galactically florid eructations of that most inscrutable entity. See “Luxuriate in the Octopoid Embrace of These Legal Postulations” (Feb. 15, 2017). Also, the Indian Supreme Court wasn’t insulting anybody, so it’s not very similar, I suppose, apart from the octopus reference.

In any event, as the Sixth Circuit pointed out, none of the rhetoric got the plaintiffs any closer to actually explaining how they’d been harmed, if they had. Presumably they were concerned about potential price increases, or maybe reduced access to healthcare, but they couldn’t explain it in any detail. And, as this case shows, even the most colorful insults can’t make up for a lack of substance.

Well, it might work in politics, but it won’t get you far in court.

Do NOT Clench Your Buttocks in Deming, New Mexico

Marital Spat Escalates to Use of Napalm