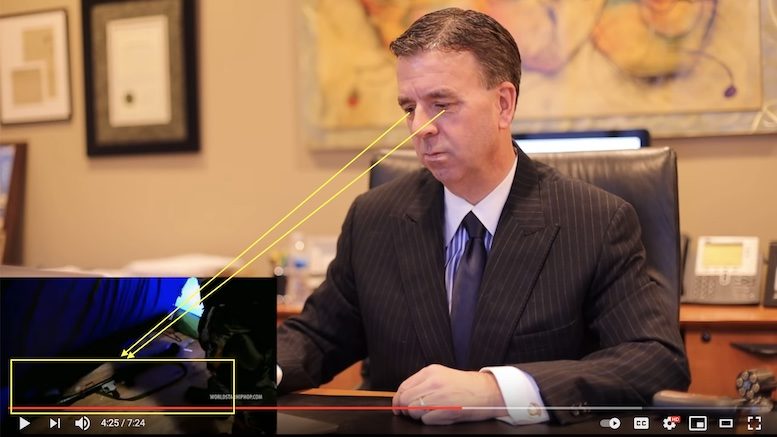 I recently learned that Bruce Rivers, a criminal-defense lawyer in Minneapolis, has a YouTube channel called “Criminal Lawyer Reacts” where he watches music videos and gives his reaction in real time. (Well, it’s recorded for YouTube, but you know what I mean.) Sometimes this involves a discussion of the lyrics, but in the video below, which he posted last week, he’s mostly reacting to the activities being depicted. The video he’s analyzing here is “33rd Blakk Glass” by City Morgue, and let’s just say it gave him plenty to react to.

In fact, his first reaction comes just three seconds into this video, although it takes him another six seconds to hit pause, after which he says, “All right, let’s just start with the fire in the bicycles.” The gentlemen of City Morgue have attached blazing torches to the wheels of their bicycles, you see, and while it is admittedly a cool effect, Rivers says it is most likely also disorderly conduct, at a minimum. At another point in the video, he notes that he generally advises his client to avoid activities that draw a lot of attention to themselves and thereby give the police a reason to mess with them. Setting something on fire and riding it around in public at night would probably be another example of such a thing.

You probably won’t be surprised to learn that the video also depicts what would (if not simulated) be violations of several controlled-substances laws.

Not much of this is very surprising to Bruce Rivers, who has surely seen most of this before (at least in the videos on which he comments). But at about the 4:25 mark, even he seems a little shocked when someone in the video lifts up a mattress to reveal … “F*&#, is that a rocket launcher? … That is phenomenal.” It is also a “major federal crime” that would probably carry a 10-year mandatory minimum, he notes.

I should mention that—almost entirely due to City Morgue—the video is not safe for work. It is, though, very funny. There are a couple dozen similar videos on his channel. You can also follow him on Twitter, Instagram, or Patreon.