The computer-game website Gamespot reported recently on a new game for the Nintendo DS game system called “Phoenix Wright: Ace Attorney,” in which players take the role of Phoenix Wright, “a nervous defense attorney who just recently passed the bar.” Wielding their Nintendo controllers and a Japanese version of American rules of evidence, players investigate crimes and then present their findings in court, attempting to prove their clients’ innocence.

According to the developer, all the clients turn out to be innocent.

This is apparently the third in a series of courtroom Nintendo games that have been very successful in Japan. Phoenix Wright (formerly “Gyakuten Saiban”) is the first to be sold in America. The developer cited the differences between Japanese and American courtrooms, and the need to translate so much text, as reasons for the delay in bringing the game to America. 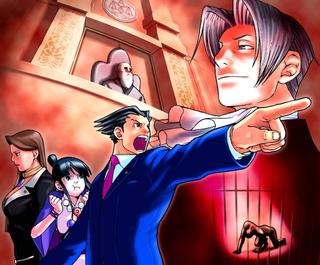 He also cited the ability to press buttons causing the character to yell “Objection!” and “Hold it!” as examples of the non-stop excitement of the game. The marketing slogan: “The law has never been this fun.”

In case that is not particularly compelling, Phoenix also has an assistant, Maya, who is psychic, and a mentor, Mia, who is busty.